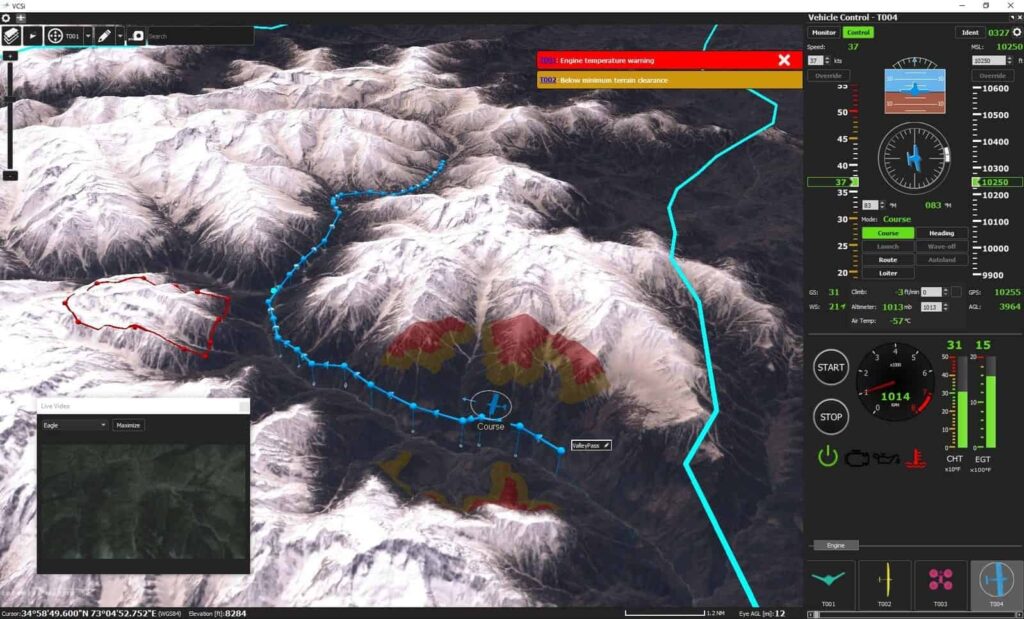 Lockheed Martin has announced the launch of VCSi, a new vehicle control software, as the culmination of more than two decades of experience and 1.5 million hours of operational use. The commercial software, which enables operators to simultaneously control dozens of unmanned vehicles and conduct information, surveillance and reconnaissance missions, will be unveiled during the Unmanned Systems Exhibition and Conference in Abu Dhabi.

“VCSi is a safe and reliable software platform that can be adapted to any vehicle – from one you can hold in your hand, to a 50,000-pound machine; from a vehicle that flies for a few minutes, to a vehicle that flies for months at a time,” said John Molberg, business development manager, Lockheed Martin CDL Systems. “The user can integrate as many vehicles as required to complete their missions, including boats, quadcopters, fixed-wing aircraft or even high-altitude pseudo satellites. Across commercial or military missions, VCSi is adaptable to the challenge and further extends the power of the human-machine team.”

Multi-Vehicle: Control interfaces to allow for true 1:n control of dissimilar vehicles anywhere on earth
Intuitive: Lockheed Martin further advanced its fly-by-mouse interface to enable easier training and reduce operator/analyst task loads
Modular: Offers a robust plug-in architecture, which allows for custom content to be added by the user or selected from pre-existing modules
International: Commercial software, made in Canada and free of export restrictions

VCSi is designed around the NATO Standardization Agreement known as STANAG 4586, which supports unmanned vehicle interoperability. Users can build attachments or plug-ins beyond 4586 to customize the VCSi software, which also supports multiple languages and non-Latin scripts. VCSi provides advanced 3D visualization of vehicles and airspace, and it is at the forefront of integration into unmanned traffic management systems.

This year marks the 25th anniversary of the VCS unmanned control product family, which has accumulated more than 1.5 million flight hours by operators controlling 40 different vehicles across several dozen companies. Lockheed Martin software has been simultaneously flying, on average, at least six unmanned aircraft during every hour of the last 25 years, completing missions as diverse as reconnaissance, inspection, mapping and targeting.