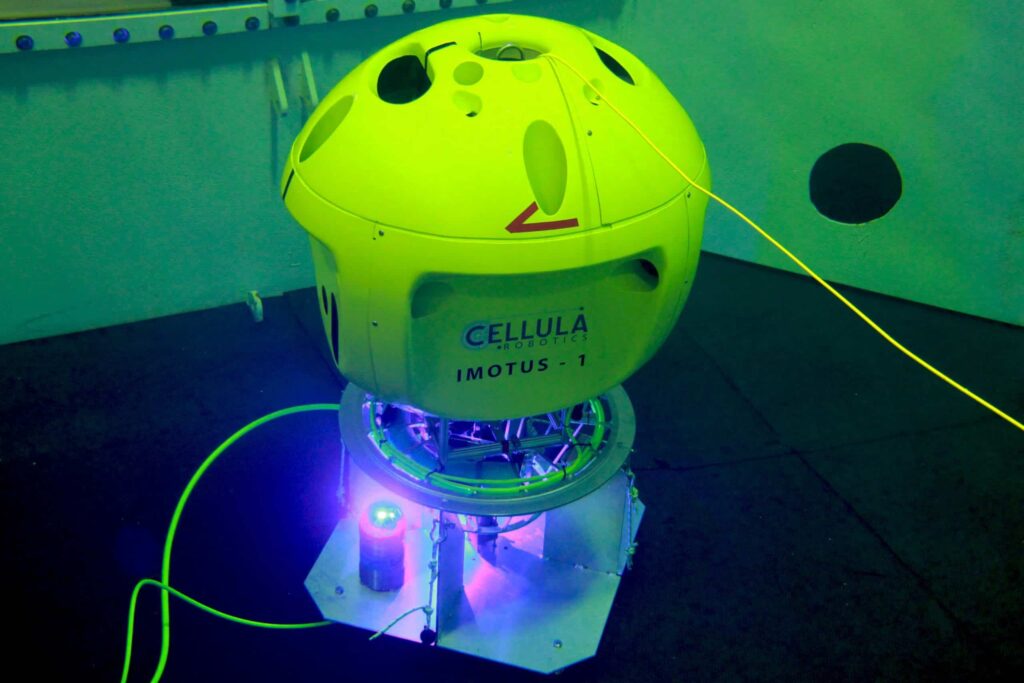 Cellula Robotics has announced that it has successfully demonstrated its Imotus-1 Hovering Autonomous Underwater Vehicle (AUV). During a week of testing at a local pool facility, Imotus-1 navigated using proprietary SLAM (Simultaneous Localization and Mapping) algorithms and was shown to hold station, waypoint track, maneuver around obstacles and dock to an underwater charging station. Inspection tools including point cloud map generation, high definition video, an ultrasonic thickness gauge and a light cleaning brush were also demonstrated.

The docking demonstration was sponsored by Ocean Networks Canada. This demonstration included communications between Imotus and the docking station using a blue-light modem, followed by autonomous docking. When in the dock, Imotus received power and high bandwidth communication via a WiSub pin-less connector.

Scott McLean, Director of Ocean Networks Canada, said, “This was an excellent demonstration of Canadian technology that has broad applications globally for both industry and research. Cellula Robotics has really created an exceptional platform that we are looking forward to applying in many areas. Demonstrating both wireless optical communications and contactless connectors for charging and high speed communications is an essential step to creating the next generation in hybrid AUV systems.”

In the first quarter of 2018 Imotus-1 will be used in the North Sea for commercial survey and inspection work inside the structural legs of an offshore platform.