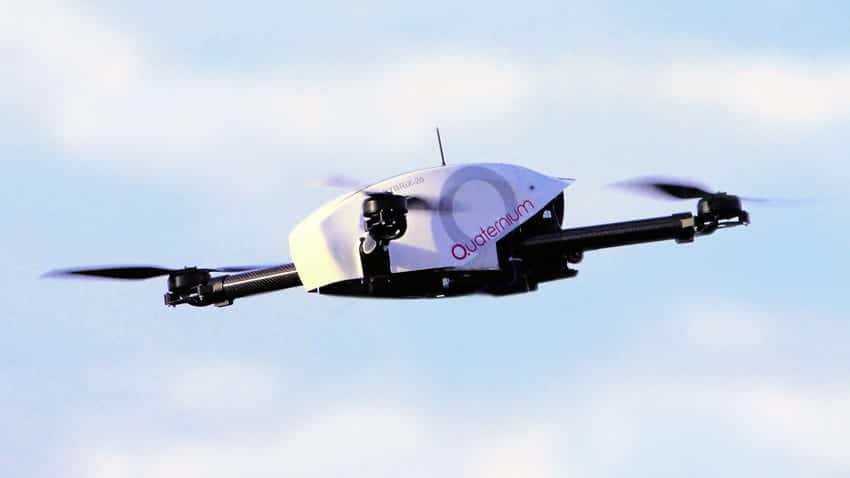 Quaternium, a developer of long-endurance multirotor unmanned aerial vehicles (UAVs), has announced that it has set a new world record of endurance with a multirotor drone, accomplishing a 4 hour 40-minute flight (280 minutes) with the company’s HYBRiX.20 quadcopter. Quaternium claims that this flight time beats any former demonstration ever made with an electric, hybrid or hydrogen multicopter, including the previous record of 4 hours 34 minutes set by Skyfront.

The improvement over current multirotor drones, most of which can fly for approximately 25 minutes, is due to the development of a hybrid electric-fuel power system with a small combustion engine that keeps an electric battery charged during the entire flight. This technology, inspired by the automotive sector, has earned the company the recognition of the Association for Unmanned Vehicle Systems International (AUVSI) as one of the 16 most innovative startups worldwide in the drone sector in 2017.

The HYBRiX.20 was designed by Quaternium in 2014 and its first model was built in 2015, demonstrating the viability of hybrid technology to power drones. This innovation solved the main limitation of the VTOL drone market: the lack of flight time.

The drone is already available in several countries for aerial missions such as industrial inspection, ground monitoring or emergency response. “Aerial monitoring is one of the main applications of HYBRiX.20. The Quaternium team has developed a system configuration with an advanced camera that enables HYBRiX.20 to perform long-range observation missions,” explained Jose Luis Cortes, founder of Quaternium.

Watch a time-lapse video of the flight below: