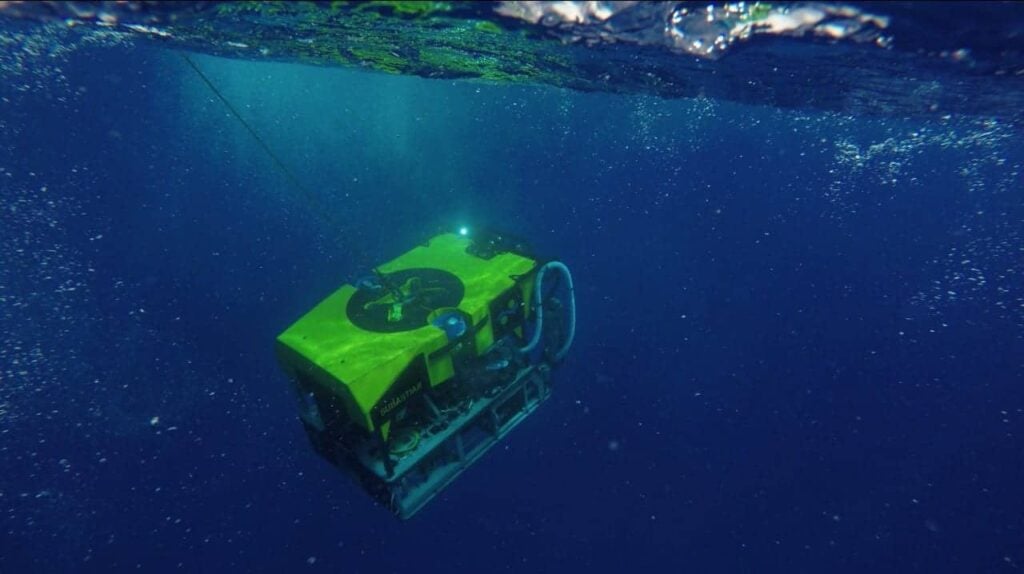 The Schmidt Ocean Institute has announced that it has made seventeen underwater robotic dives with its ROV (Remotely Operated Vehicle) SuBastian, completing the first expedition of the islands and eastern seamounts of the Phoenix Islands Protected Area (PIPA) in the nation of Kiribati. This expedition follows an initial exploration of the western seamounts by the NOAA Ship Okeanos Explorer. PIPA is the world’s largest and deepest marine UNESCO World Heritage Site.

“This journey was in the tradition of the grand research expeditions of the past,” said Chief Scientist Dr. Erik Cordes from Temple University. “We traveled nearly 3,000 miles across the Pacific Ocean and explored a part of the world that has remained entirely hidden from view until now.”

The expedition on board R/V Falkor has made a major contribution to the field of marine science, defining the habitat zones of a seamount from the deep sea to the surface for the first time, and discovering at least two new species of coral and crab. Researchers collected the deep sea specimens by using a new soft robotics technology, “squishy fingers”, for adaptive sampling developed by the Wyss Institute and Harvard University and further refined by 3D printing on board while at sea.

All the robotic dives were livestreamed in high definition on Schmidt Ocean Institute’s YouTube and Facebook page, attracting over 100,000 views. The diving and camera technology on ROV SuBastian allowed the scientists to make new observations of octopus behavior; and capture one of the deepest records of mantis shrimp observed. Videos will be held in perpetuity showcasing breathtaking footage of deep coral reefs, dumbo octopuses, and six-gill sharks.

The Phoenix Islands Protected Area (PIPA) was the first large marine protected area to include substantial deep water habitat in its boundaries. As of Jan 1, 2015, PIPA became fully closed to all extractive and commercial activities (with the exception of a small sustainable use zone around Kanton), generating an ideal space to ask questions about ecological baselines and species distribution.

“Despite our intensive exploration of eight previously unmapped seamounts and island atolls, from 2,400 m, to a shallow 100 m, there was very little evidence of human presence”, said Dr. Tim Shank of the Woods Hole Oceanographic Institution and one of the Principal Investigators of the expedition. “We encountered a high biodiversity in these areas and the recent establishment of the protected area can ensure we have important model deep-sea systems for future research.”