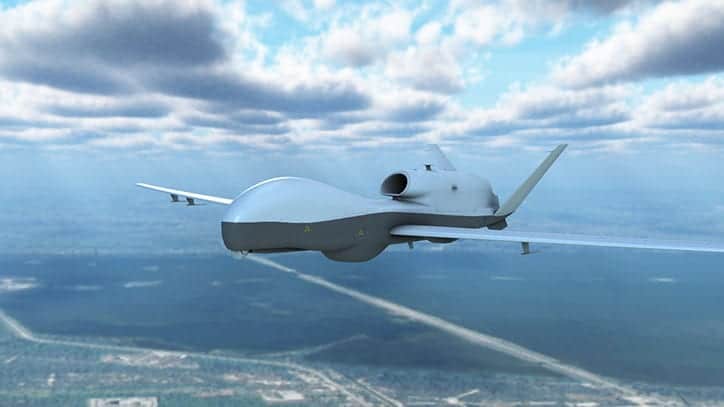 Northrop Grumman has announced that it has delivered the first operational MQ-4C Triton unmanned aircraft system (UAS) to the U.S. Navy facility at Point Mugu, providing the service with endurance and 360 degree coverage that allows for a vastly expanded maritime intelligence, surveillance and reconnaissance (ISR) mission.

“This aircraft represents the beginning of a new era for Naval aviation,” said Doug Shaffer, vice president, Triton programs, Northrop Grumman. “Triton is a high-altitude, long-endurance unmanned system that delivers a critical autonomous capability to the Navy, expanding the service’s maritime patrol mission. We are proud to be a part of this historic program.”

The Navy has announced plans to deploy Triton to NAS Mayport, Florida, NAS Sigonella, Italy and the Middle East in the future.

Flying upwards of 55,000 feet for up to 24 hours at a time, Triton provides persistent 360 degree maritime domain awareness through vessel detection, classification and tracking. Triton aircraft can combine to fly an orbit, with one plane on station and another en route, providing the Navy with near-constant coverage of huge swaths of ocean and littorals. The program of record ultimately calls for Northrop Grumman to deliver 68 aircraft to the Navy.