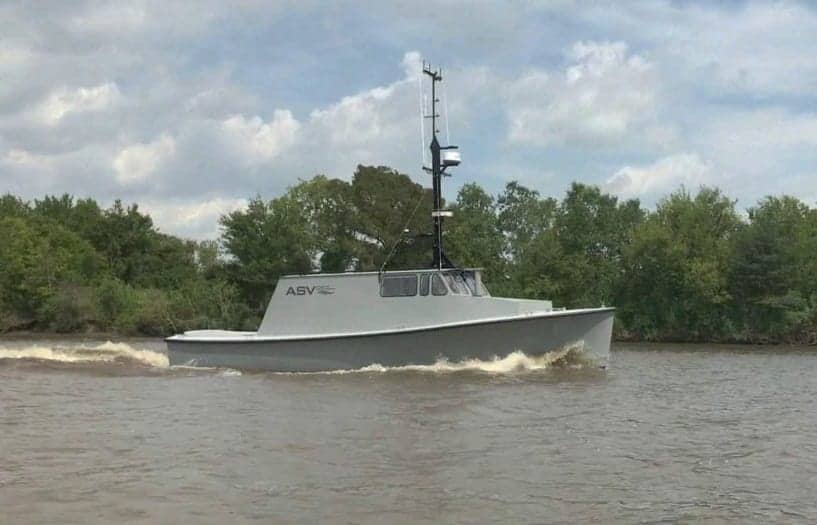 ASV Global has announced that it has developed a prototype of its newest unmanned surface vessel (USV), the C-Worker 12P. The C-Worker 12P prototype is one of ASV Global’s largest unmanned vessels fitted to date, measuring just over 12 meters. The vessel is a converted manned craft which uses ASV’s proven ASView control system for unmanned operations. The prototype vessel will be used as a testbed as ASV looks to expand the established C-Worker class of autonomous vessels and continue to develop over-the-horizon (OTH) capability.

The optionally manned vessel will feature two moon pools for maximum sensor deployment and extended endurance missions. The vehicle can be used to complete tasks such as subsea positioning, surveying, and environmental monitoring without the need of a ship on station or sea-bed anchoring. The C-Worker 12P can integrate a variety of payloads including multi-beam, USBL, CTD and ADCP.

Watch a video on the C-Worker 12P below: