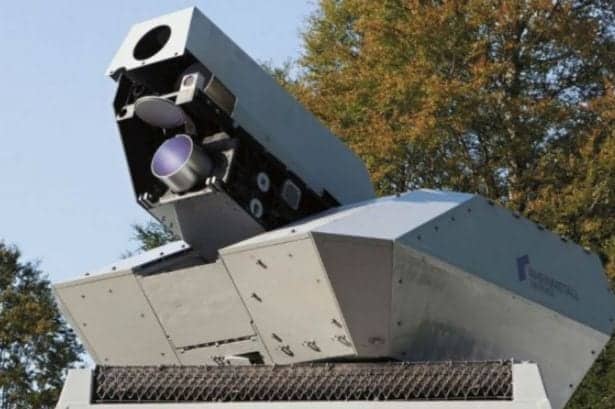 Lockheed Martin has announced that it has developed a prototype laser weapon that incorporates an advanced system of sensors, software and specialized optics to defeat unmanned aerial vehicle (UAV) threats.

“The tests at White Sands against aerial targets validated our lethality models and replicated the results we’ve seen against static targets at our own test range,” said Keoki Jackson, Lockheed Martin’s Chief Technology Officer. “As we mature the technology behind laser weapon systems, we’re making the entire system more effective and moving closer to a laser weapon that will provide greater protection to our warfighters by taking on more sophisticated threats from a longer range.”

Lockheed Martin partnered with Army Space and Missile Defense Command on a cooperative research and development agreement to test ATHENA.

The system defeated airborne targets in flight by causing loss of control and structural failure. Lockheed Martin and the Army will conduct post mission reviews, and data collected will be used to further refine the system, improve model predictions and inform development of future laser systems.

ATHENA is a transportable, ground-based system that serves as a low-cost test bed for demonstrating technologies required for military use of laser weapon systems. Lockheed Martin funded ATHENA’s development with research and development investments. It uses the company’s 30-kilowatt Accelerated Laser Demonstration Initiative (ALADIN) that provides great efficiency and effectiveness in a design that scales to higher power levels. ATHENA is powered by a compact Rolls-Royce turbo generator.