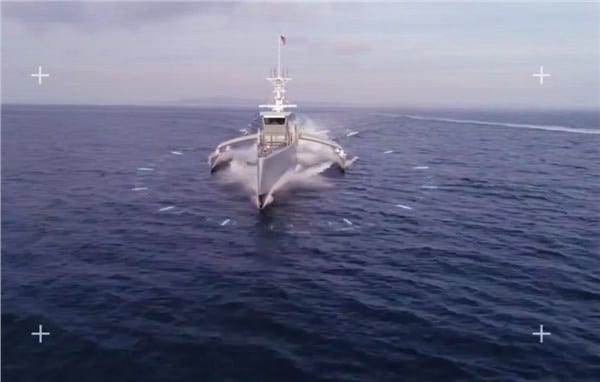 Leidos has announced that it has demonstrated new unmanned maritime capabilities at the U.S. Navy’s Advanced Naval Technology Exercise (ANTX 2017).

During this exercise, the Leidos Pathfinder vessel, equipped with high-resolution sensors, traversed the waters off of Panama City, Florida in autonomous mode, with limited human oversight for safety. The ship surveyed the sea floor and instantaneously transmitted ocean and meteorological data back to shore at the Naval Undersea Warfare Center (NUWC) in Newport, R.I. and the Naval Surface Warfare Center (NSWC) in Panama City. In this autonomous navigation mode, the vessel remained compliant with all International Regulations for Preventing Collisions at Sea (COLREGS) requirements based on existing navigation aids and surface contacts, just as a manned vessel would. In addition, Pathfinder conducted a completely autonomous launch and recovery of an unmanned underwater vehicle (UUV) to demonstrate the feasibility of integrating the surface ship survey capability with the ability to perform high-resolution follow-up of features of interest.

“Our participation at ANTX enables us to show our innovative autonomous technology directly to our Navy and government customers,” said retired Rear Admiral Nevin Carr, Leidos vice president and U.S. Navy strategic account executive. “This technology does the dull, dirty and dangerous tasks, keeping our sailors safe, costs down and reducing risk.”

ANTX is a collaborative event where technologists, stakeholders, and warfighters exercise innovations and prototypes at the research and development level before integrating at the operational level.