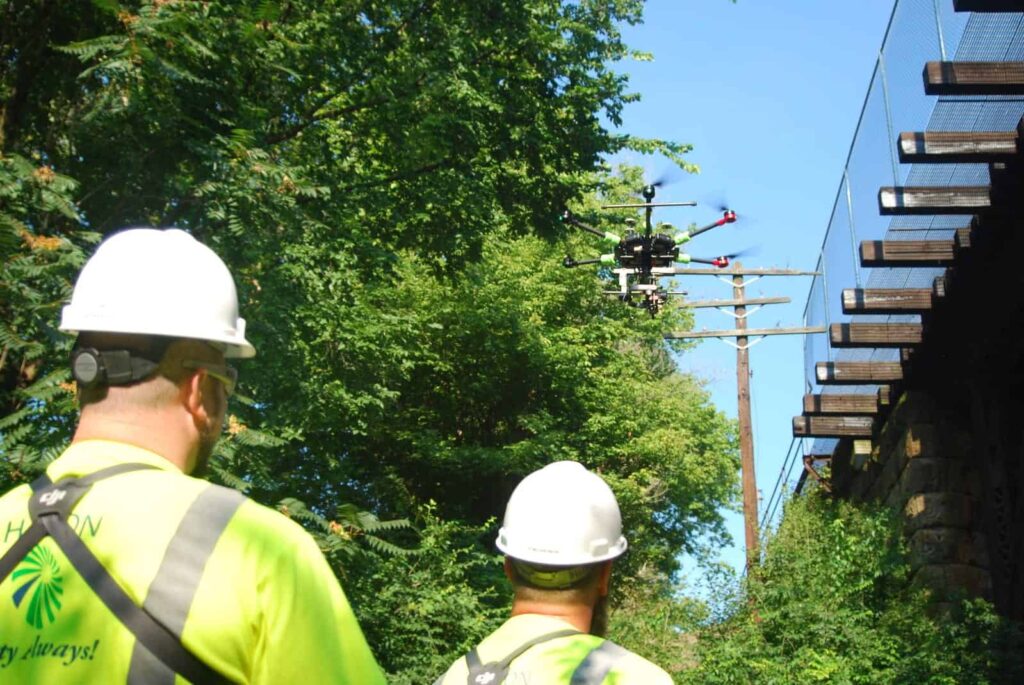 HAZON Solutions has announced that the company has recently surpassed the inspection of more than 100,000 linear feet of railway bridges. Since early 2016, Norfolk Southern has commissioned HAZON to conduct the comprehensive drone-based inspections.

“We’re very proud to announce this remarkable milestone,” said CEO and co-founder David A. Culler, Jr. CAPT USN (ret). “We are absolutely the industry leader for the inspection of critical infrastructure and Norfolk Southern is leading the rail industry with the safe and practical integration of unmanned systems into their operations.”

“When we say comprehensive, we truly mean it,” said COO and co-founder Sean Cushing, CDR USN (ret). “We’re not just getting exterior shots, we’re flying underneath and inside the voids of bridges to make sure critical load bearing areas are covered from every possible angle. We also capture shots of every single bottom lateral and gusset plate; best of all, we don’t consume any track time. We collect actionable information and trains keep moving.”

HAZON has also performed inspections of power transmission lines in the energy sector and launched the drone fleet management software known as the HAZON DMS. HAZON has a third vertical in providing training and consulting services to large enterprises helping them to build organic drone programs.

“This milestone is great for HAZON, but also great for the entire drone industry,” said Culler. “Norfolk Southern has proven that UAS technology is a safe and effective tool for critical infrastructure inspections. The experience and expertise that HAZON has gained on the UAS inspection front have been invaluable; it has allowed us to move beyond proof-of-concept and into the transition period of integrating drones into the daily workflow. It’s a very exciting time for the entire drone ecosystem and the customers we serve.”