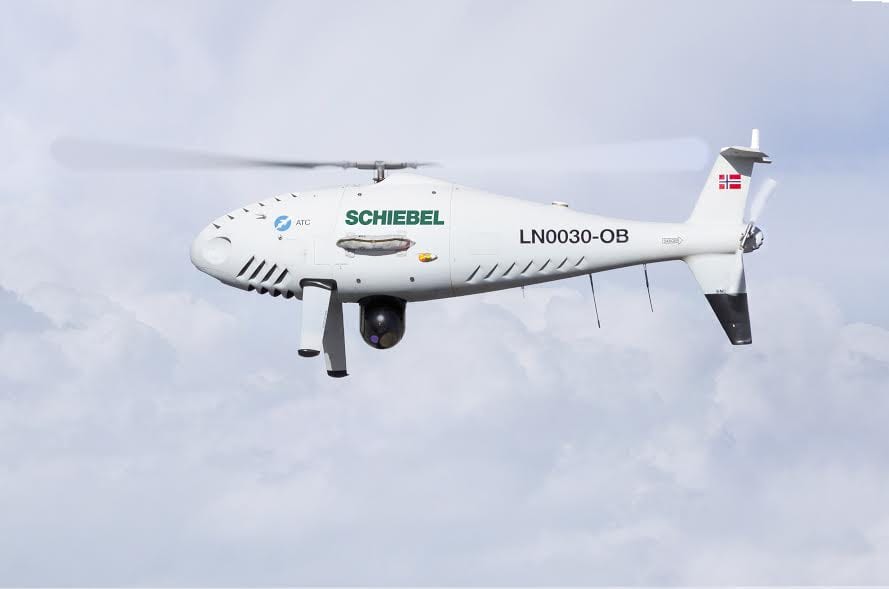 During the event held in Northern Norway, approximately 300 kilometers north of the Arctic Circle, the CAMCOPTER® S-100 performed a series of challenging demonstration flights.

Taking off from Andøya Air Base, the S-100 presented itself as a valuable asset for coastal patrol tasks. The aircraft proved its capacity for providing essential data – such as the high-quality real-time EO/IR footage generated by L3 Wescam’s MX-10 – and also successfully tracked vessels and found persons gone overboard.

In a separate exercise the CAMCOPTER® S-100 UAS demonstrated range clearance capability. Here, an area of around 2500 km2 was scanned for vessels.

Gunnar Jan Olsen, ATC’s CEO, commented: “It was a pleasure to finally see the S-100 flying in Norway. Due to the great feedback of the representatives of the local authorities present during these two demo days, I am confident that this will not be the last time we see Schiebel around here.”