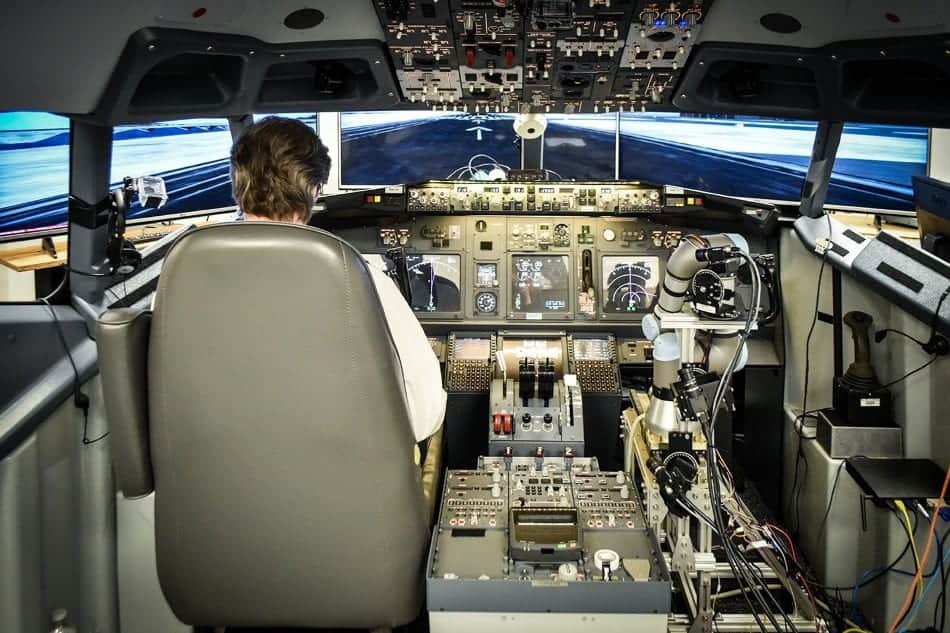 Aurora’s ALIAS technology demonstration system is designed to function as a second pilot in a two-crew aircraft, enabling reduced crew operations while ensuring that aircraft performance and mission success are maintained or improved. DARPA’s published vision for ALIAS is “a tailorable, drop-in, removable kit that would promote the addition of high levels of automation into existing aircraft, enabling operation with reduced onboard crew.”

Demonstrated on a Boeing 737-800NG simulator at the U.S. Department of Transportation’s John A. Volpe National Transportation Systems Center in Cambridge, Massachusetts, ALIAS showcased its ability to utilize the existing 737 auto-landing system to autonomously land the aircraft safely in the event of pilot incapacitation. Aurora has also demonstrated ALIAS numerous times on aircraft in flight, most recently on the DA42. In the demonstration, ALIAS actualized DA42 cockpit procedures in real time and, overseen by an onboard safety pilot, conducted a fully automated landing at a simulated site at 3,000 ft. in altitude.

“Having successfully demonstrated on a variety of aircraft, ALIAS has proven its versatile automated flight capabilities,” said John Wissler, Aurora’s Vice President of Research and Development. “As we move towards fully automated flight from take-off to landing, we can reliably say that we have developed an automation system that enables significant reduction of crew workload.”

Aurora’s ALIAS solution includes the use of in-cockpit machine vision, robotic components to actuate the flight controls, an advanced tablet-based user interface, speech recognition and synthesis, and a knowledge acquisition process that facilitates transition of the automation system to another aircraft within a 30-day period. Aurora is also working on a version of the system without robotic actuation that instead aims to support the pilot by tracking aircraft physical, procedural, and mission states, increasing safety by actively updating pilot situational awareness.