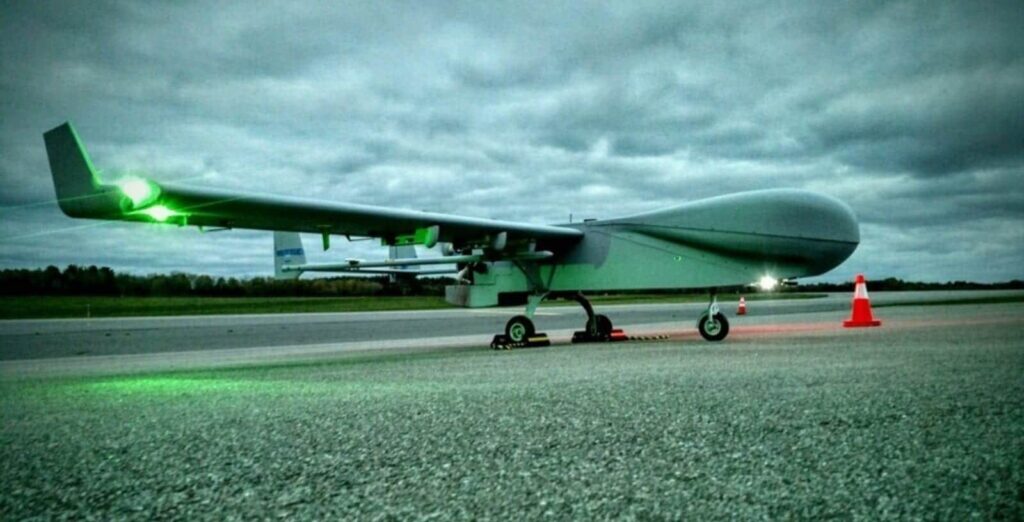 UAV Turbines (UAVT) and Navmar Applied Sciences Corporation (NASC) have announced that an ArcticShark unmanned aircraft fitted with a UAVT micro-turboprop propulsion system will be on display at AUVSI’s Xponential in Dallas.

UAVT and NASC have recently formed a partnership to demonstrate flight of a NASC TigerShark unmanned aircraft powered by a UAVT 40-hp class UTP50R turboprop. Planned for later in 2017 at Griffiss International Airport in Rome, New York, this will mark the first turbine-powered flight of a Group 3 UAV.

NASC President Tom Fenerty commented: “The ArcticShark variant of the mature TigerShark platform, which saw extensive service in the OIF and OEF conflicts, represents the latest in a continuous series of aircraft innovations by NASC that make TigerShark an ideal experimental platform. The increased service ceiling and payload carrying capability offered by this new high thrust engine represent a truly revolutionary advance. We’re excited about flying the UTP50R engine on TigerShark.”

UAVT President Kirk Warshaw explained: “The benefits associated with a turbine engine system compared to a reciprocating engine are well documented. To be able to bring these needed enhanced operating features to the warfighter is a very exciting prospect and NASC and UAVT are committing significant resources to make it a reality this year.”

Warshaw added: “UAVT has spent years working to develop this new technology that makes it all possible, Critical new features include the ability to use heavy fuel, extend time between overhauls to 1,000-2,000 hours, a variable pitch propeller, a low noise profile, low vibration levels, and 3kW of electrical on-board power We are delighted to be working with the NASC team to put this new class of UAV propulsion in the air.”