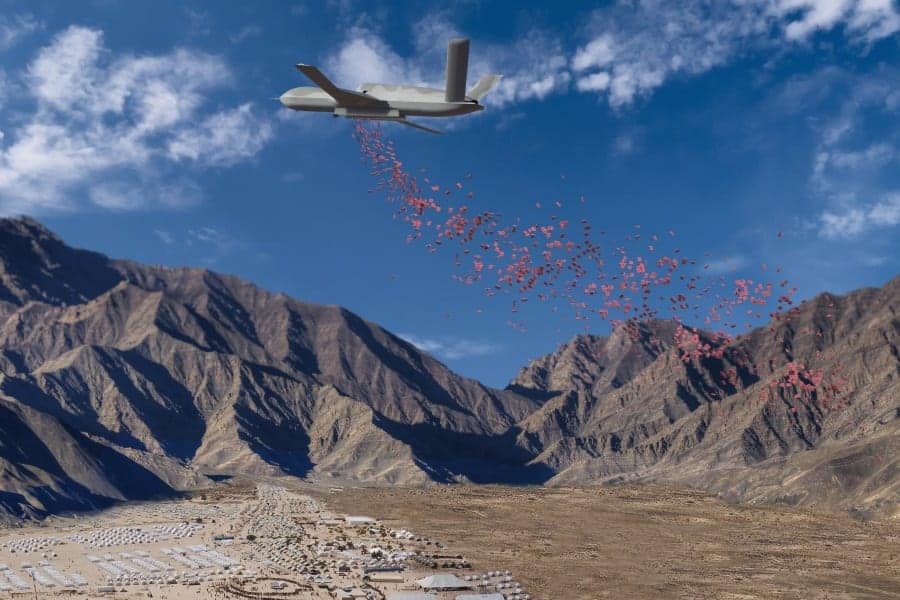 “Angel One,” an aircraft based on the jet-propelled Predator RPA system owned and operated by GA-ASI, is capable of delivering 8,500 pounds of Humanitarian Daily Ration packets (HDRs) for 3,400 people each day. This capability could ensure that urgently needed food and medical supplies reach those otherwise inaccessible, such as victims of war – as in Syria – or following natural disasters throughout the world.

“Angel One” can fly up to three missions of three hours each per day for as long as humanitarian relief is required.