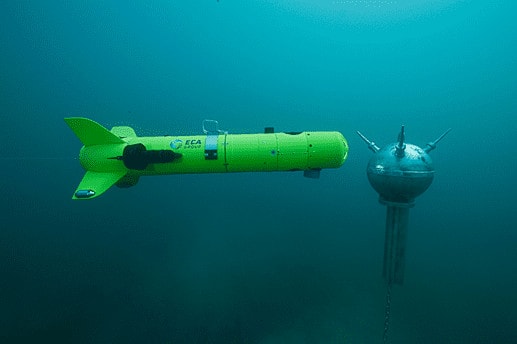 ECA Group has announced that its Naval Simulation teams have developed a functional simulator dedicated to Mine Countermeasure (MCM) operations. This simulator integrates the characteristics of subsea drones developed by ECA Group, as well as the knowledge gleaned from operational use of these drones over the last 30 years.

By using the simulator for their own needs, ECA Group teams can orient the development of their UMIS (Unmanned MCM Information System) towards improving the collective efficiency of teams of drones.

By integrating the UMS Simulator into UMIS, ECA Group can provide a customer with an efficient tool for planning MCM operations, with the capability to choose the right set of drones for a mission and to quickly adjust the mission based on real-world conditions in the mission area such as weather and current.

The ECA Group UMS simulator was developed by the Naval Simulation teams using their experience of tactical simulators and submarine simulators.