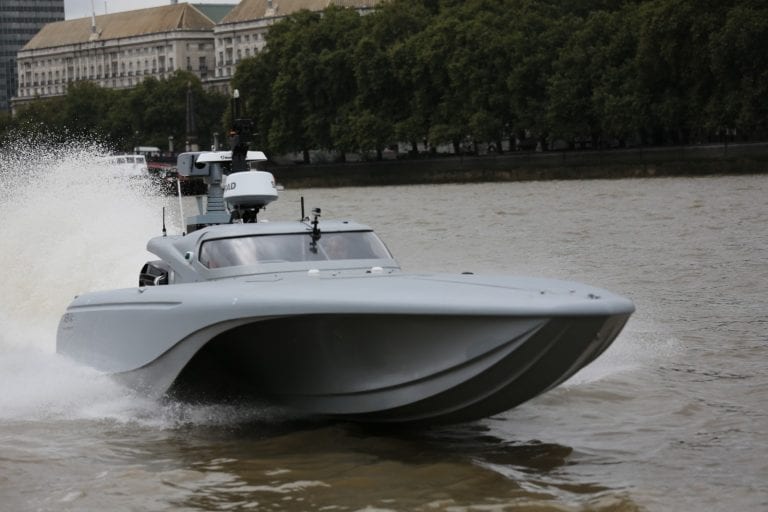 ASV Global has announced that it has signed a licence agreement with the UK Ministry of Defence allowing for the use of the latter’s Advanced Unmanned Surface Vehicle (USV) Capability technology. The contract has been signed through Ploughshare Innovations, the technology transfer arm of the Defence Science and Technology Laboratory (Dstl).

The licence is centred on Dstl’s Advanced USV Capability Project, due for completion in late 2017, which has developed an autonomous navigation system that enables USVs to operate safely at both high and low speeds.

With funding from Dstl, ASV Global has developed advanced marine autonomy software, recently showcased on the Tidal Thames with the Royal Navy. The agreement allows ASV Global to expand the use of the software, the intellectual property of which lies with Dstl.

This licencing agreement will enable ASV Global to exploit this technology across its current product range which offers Autonomous Surface Vehicles for both military and commercial applications.

While this software has obvious applications for the marine sector, Dstl’s Dr Philip Smith, Ship Systems & Integrated Survivability Programme Manager says it could be used elsewhere: “There is a need for more efficient platforms with greater automated systems across all domains – air, land and sea – so there are many potential routes for this software.”

Initially, ASV Global will integrate the software onto its ASView control system for a demonstration at the Unmanned Warrior event in the waters off Scotland in October, in which more than 40 autonomous systems are taking part.