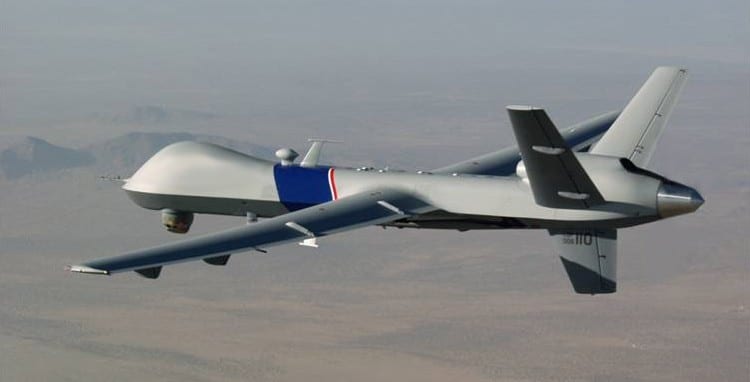 General Atomics Aeronautical Systems, Inc. (GA‑ASI) has recently been honored by the American Institute of Aeronautics and Astronautics (AIAA) with local awards for outstanding aerospace contributions and achievements. The San Diego Section is dedicated to promoting awareness, activism, and access throughout the aerospace community.

In the category of Outstanding Achievement by an Aerospace Organization, GA-ASI was recognized for the development of its Due Regard Radar (DRR), an air-to-air radar produced under company funding to enable RPA systems to fly safely in domestic and international airspace. The award is presented to companies that have advanced the state-of-the-art of aerospace engineering or have utilized significant technical and/or managerial innovations in a project that has resulted in exceptional accomplishments.

DRR has become a critical component of GA-ASI’s airborne Detect and Avoid (DAA) architecture for its Predator B RPA. The company is partnered with the FAA, NASA, and several industry partners to mature a DAA capability onboard NASA’s Ikhana RPA. DRR will be used to track cooperative as well as non-cooperative aircraft.

“GA-ASI is honored to receive this award, which is a testament to our DRR team members who have worked tirelessly since the program began in 2011 to mature this capability,” said Claudio Pereida, executive vice president, Mission Systems, GA-ASI.

In the category of Outstanding Contribution to Aerospace Engineering, GA-ASI’s Aircraft Systems Technical Director of Advanced Programs, Mike Atwood, was recognized for his achievements which have proved instrumental in advancing the company’s aircraft design and development. The award is presented to candidates who have made significant contributions to the technical direction of engineering projects, developing new products, obtaining patents, pioneering new technologies and conducting fundamental research.

Lastly, in the category of Outstanding Corporate Contribution to the AIAA San Diego Section, the General Atomics Sciences Education Foundation was recognized for awarding AIAA a generous grant in support of its active program to enhance young peoples’ experiences with Science, Technology, Engineering, and Math (STEM).