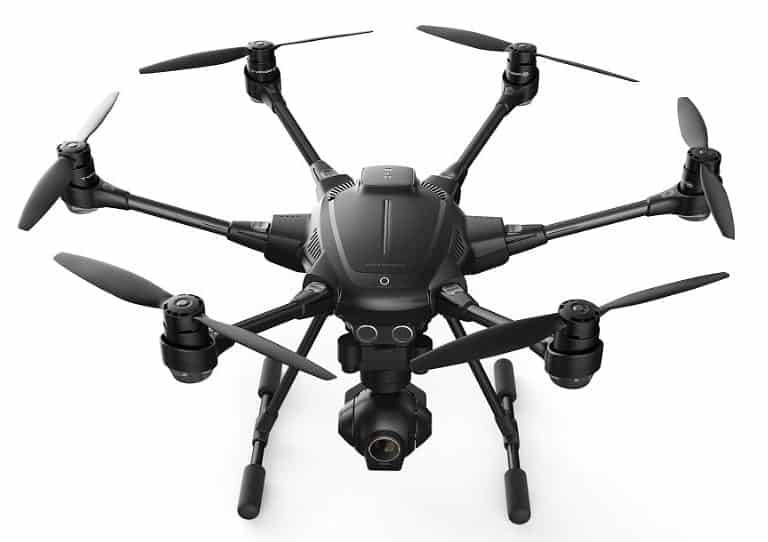 As installed on Typhoon H, the Intel RealSense R200 Camera and the quad core Intel Atom processor module work seamlessly with the flight control firmware to add intelligent obstacle navigation. With a combination of specialized cameras and sensors, this Intel system maps and learns its environment in 3D, recognizing each obstacle, planning an alternative route and safely navigating around it. This is a major advancement over ultra-sonic collision prevention, which automatically stops Typhoon H short of obstacles, but cannot model the environment or intelligently reroute around obstacles. The module also adds downward facing sensors to improve stability, enabling flight indoors or outdoors close to the ground, even with poor GPS reception.

“At Intel, we’re always looking to open up creative possibilities through technology,” said Anil Nanduri, Intel’s vice president and general manager of unmanned aviation systems within the New Technology Group. “By equipping the Yuneec Typhoon H with Intel RealSense Technology, drone pilots can worry less about obstacles that may impede those creative possibilities, and focus more on their flight path and camera work.”

Yuneec announced the expansion of its Typhoon series with the unveiling of Typhoon H at the 2016 CES in Las Vegas. Typhoon H is equipped with six rotors and a 360-degree gimbal, which allows unlimited panning for 4K videos and 12 megapixel stills with the new CGO3+ camera. In addition, the landing gear retracts during flight to seamlessly remove itself from the shot for unobstructed views. Typhoon H also has a variety of flight and image capturing modes, including Point of Interest, Orbit Me, Curve Cable Cam, Journey Mode, and Team Mode for film and photography teams. New safety features include ultrasonic proximity detection to assist in avoiding large obstacles, which is operational when Intel RealSense Technology is inactive, and a six-rotor safety failsafe system, which allows Typhoon H to remain stable and land if a motor should fail.

A separately available Intel RealSense Technology module for Typhoon H owners will be released in the near future.