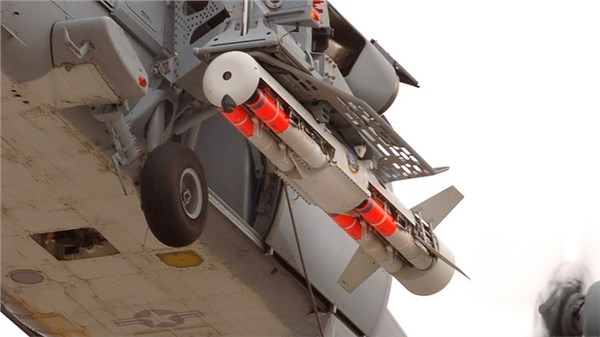 BAE Systems has announced that it been awarded a £15.5 million contract by the U.S. Department of Defense (DoD) to manufacture and deliver Archerfish mine neutralisers, continuing its support to the U.S. Navy’s minesweeping operation. Archerfish is a remotely-controlled underwater vehicle equipped with an explosive warhead to destroy sea mines.

Capable of overcoming the threat of modern mines, Archerfish has formed a key part of the U.S. Navy’s Airborne Mine Neutralization System (AMNS) programme since 2007. In addition to Archerfish mine neutralisers, manufactured at BAE Systems’ Broad Oak facility in Portsmouth, United Kingdom, the contract also includes the supply of fibre-optic spools.

The fibre-optic spools provide a communications link between the Archerfish mine neutraliser and the launch platform, an MH-60S helicopter deployed from the U.S. Navy’s Littoral Combat Ships.

Deliveries to the U.S. Navy will begin in September 2017. The contract also includes further options which, if exercised by the DoD, could bring the total value to over £39 million.

Les Gregory, Product & Training Services Director at BAE Systems, said: “We are delighted to provide the Department of Defense with Archerfish neutralisers, and to continue supporting the U.S. Navy’s work in clearing sea mines.

“This important contract demonstrates BAE Systems’ ability to deliver equipment that provides greater security and resilience to modern threats around the world, and we look forward to meeting the U.S. Navy’s demand for a first-class underwater defence capability for many years to come.”