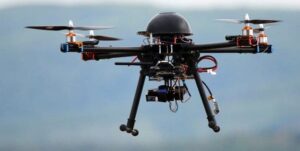 Dronecode, the nonprofit organization developing a common, shared open source platform for Unmanned Aerial Vehicles (UAVs), has announced major milestones that include investments from 27 new member organizations and the formation of technical working groups to advance the Dronecode platform.

With investments from 51 member organizations, Dronecode has nearly tripled membership since its formation. One of the founding members, Qualcomm Technologies, Inc., a subsidiary of Qualcomm Incorporated, has increased its investment to the platinum level as it introduces new products for the UAV ecosystem. Qualcomm Technologies, Inc. recently launched Qualcomm Snapdragon Flight, a highly integrated 58x40mm board targeted specifically for consumer drones and robotics applications. Snapdragon Flight is based on a Qualcomm Snapdragon 801 processor, along with Dronecode PX4 open source UAV software and robust connectivity.

The highest growth rate for drones or UAVs is commercial opportunities across applications in areas such as agriculture, energy, utilities, mining, construction and more (BI Intelligence’s “Drone Market Forecast 2015”). By uniting the industry around a neutral, open source platform, the Dronecode Project aims to help the drone industry overcome software and hardware barriers to accelerate drone adoption for these critical applications.

The Dronecode Project is also forming three technical working groups to ensure better standardization and interoperability in the areas of camera and gimbal controls; airspace management; and hardware/software interfaces. Details include:

MAVlink Camera Working Group: aims to assist camera manufacturers implementing the MAVlink protocol in cameras. The group will also work with developers and manufacturers to expand the Dronecode platform so that it can support additional cameras and functions.
Airspace Working Group: formed to establish common data types, units and formats that all airspace providers can transmit and receive. The working group will also lead the discussion on best practices for how to ensure separation between aircraft(s) and establish agreement on common response behavior.
Hardware Working Group: the mandate of the hardware working group is to establish mechanical and electrical standards for interfaces to the autopilot and the peripherals. This will create a more formal interface between hardware and software development and unite efforts between Dronecode members and the open source developer community working to advance UAVs.

“From increasing member investments to a growing, vibrant developer community, the Dronecode Project’s first year has been extremely exciting,” said Chris Anderson, 3DR CEO and Dronecode Board of Directors chairman. “By bringing efforts together to establish a common platform and utilizing open source best practices, we’re able to build the foundation for a new era of drone applications that extend from the camera to the cloud. The Dronecode “full-stack” platform approach, combined with the hardware and software innovations of its members, will bring about a new generation of drones that are autonomous, aware of their environments, and continuously connected — an airborne Internet of Things.”