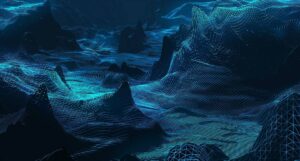 Dr. Peter H. Diamandis, chairman and CEO of nonprofit organization XPRIZE, has announced the launch of the $7M Shell Ocean Discovery XPRIZE at a keynote address during the American Geophysical Union Fall Meeting in San Francisco. The XPRIZE will be a three-year global competition challenging teams to advance ocean technologies for rapid and unmanned ocean exploration.

As part of the total $7M prize purse, the National Oceanic and Atmospheric Administration (NOAA) is offering a $1M bonus prize to teams that demonstrate their technology can “sniff out” a specified object in the ocean through biological and chemical signals. David Schewitz, Shell vice president of geophysics for the Americas, and Richard Spinrad, chief scientist at NOAA, joined Diamandis on stage to launch the new competition.

“Our oceans cover two-thirds of our planet’s surface and are a crucial global source of food, energy, economic security, and even the air we breathe, yet 95 percent of the deep sea remains a mystery to us,” Diamandis said. “In fact, we have better maps of the surface of Mars than we do of our own seafloor. The Shell Ocean Discovery XPRIZE will address a critical ocean challenge by accelerating innovation to further explore one of our greatest unexplored frontiers.”

The three-year competition includes nine months for team registration, 12 months for initial solution development and 18 months to complete two rounds of testing and judging by an expert panel. In each round, teams will complete a series of tasks, including making a bathymetric map (a map of the sea floor), producing high-resolution images of a specific object, and identifying archeological, biological or geological features. Teams also must show resiliency and durability by proving they can operate their technologies, deployed from the shore or air, at a depth of up to 4,000 meters.

“Spurring innovation and creating radical breakthroughs in ocean discovery are what excite us about collaborating with XPRIZE,” Schewitz said. “Shell recognizes the need to leverage the full power of innovation: the capacity for doing things differently and better than before.”

A $4M Grand Prize and $1M Second Place Prize will be awarded to the two teams that receive the top scores for demonstrating the highest resolution seafloor mapping, after meeting all minimum requirements for speed, autonomy and depth. Up to 10 teams that proceed to Round 2 will split a $1M milestone prize purse. And the $1M NOAA bonus prize will be awarded to the team that can trace a chemical or biological signal to its source.

“The goal of the $1M NOAA bonus prize is to identify technology that can aid in detecting sources of pollution, enable rapid response to leaks and spills, identify hydrothermal vents and methane seeps, as well as track marine life for scientific research and conservation efforts,” said Spinrad.