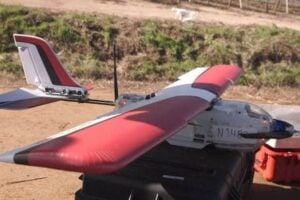 Verizon has announced new developments that further expand the company’s Internet of Things (IoT) portfolio, building on its global strategy to simplify the IoT.

The developments include the availability of Cat1 LTE network features for IoT – ideal for use cases that were previously developed for 2G. Verizon’s LTE network now makes the value proposition for connecting Cat1 IoT applications on LTE in the U.S. as affordable as alternative technologies and leverages LTE’s reliability.

Verizon is also equipping developers with additional tools on its ThingSpace platform with an expanded set of application program interfaces (APIs) and application enablement platforms (AEPs), including the integration of Bug Labs’ dweet APIs and freeboard visualization engine. These new tools enable developers to quickly and easily connect their devices to the Internet, publish the data and create real-time interactive dashboards and control panels visualizing that device data.

“Our goal is to help accelerate market adoption for IoT by making the ecosystem as accessible as possible for developers to bring their solutions to market,” said Mark Bartolomeo, vice president, IoT Connected Solutions at Verizon. “Between our ThingSpace APIs and an expanded set of Cat1 devices deployed on our LTE network we are providing this largely underserved market with the tools needed for endless IoT solutions to be deployed at scale.”

“By incorporating Bug Labs’ AEP capabilities into ThingSpace, it’s the first time that developers and customers can use Verizon to manage their devices at both the application and network levels – allowing for the creation of new innovations to be delivered to more people,” Bartolomeo added.

Peter Semmelhack, founder and CEO of Bug Labs commented: “We are thrilled to be working with Verizon to simplify the development of IoT applications and products. Our dweet and freeboard platforms were specifically designed to make it easy to get started and see results quickly. As part of Verizon’s ThingSpace platform, developers now have a complete set of tools to go from prototype to commercial launch quickly and efficiently.”

Verizon continues to identify new opportunities to work with the broader IoT ecosystem to enhance its vertical market solutions. Recently, the company began an early adopter drone trial with PrecisionHawk, a market leader in unmanned aerial vehicles (UAV) and aerial data analysis, to develop a mapping and analytics solution for the agriculture industry.

“By demonstrating the value of high-resolution UAV data and analysis, we can help growers in both agriculture and viticulture such as Hahn Estate, make more informed in-season decisions to assist with resource management and increased yield year-over-year,” Bartolomeo continued.