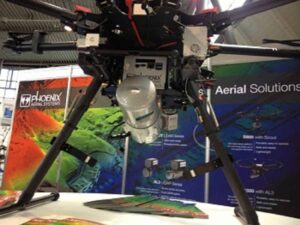 Velodyne LiDAR, a developer of LiDAR sensors and technologies, has announced that a wide variety of implementations of its compact 3D real-time sensors were showcased at the InterGEO 2015 trade show in Stuttgart, Germany.

While surveyors have traditionally mounted LiDAR scanners on tripods, these new technologies emphasise mobility, with lightweight scanners positioned on mobile platforms, gathering data while continuously moving through the environment and without stopping traffic or placing measuring crews in harm’s way. Mobile vehicles equipped with 3D LiDAR, video and GPS/IMU are already a common sight in major cities, soon to be joined by backpack-based mobile mapping for areas that are inaccessible to vehicles.

The following integrations of Velodyne’s LiDAR technology were demonstrated at InterGEO:

Marine implementations – In addition to displaying an HDL-32E-based mobile mapping solution under its Zenith brand, Dutch innovator Seabed combined Velodyne’s 16-channel LiDAR Puck with a multi-channel sonar scanner, enabling 3D measurements both above the water line and submerged below the water line.

“As InterGEO demonstrated conclusively, the power and versatility of our LiDAR sensors is unprecedented in the industry,” said Mike Jellen, Velodyne president. “Across a range of market segments and applications, our scanners are providing essential enabling technology. As our relationships with our integration partners continue to grow and deepen, we look forward to innovating in ways that enrich users and build markets.”