Textron Systems Unmanned Systems, a developer of unmanned vehicle technologies, has announced that the company has provided its equipment and personnel in support of a multi-day wildfire response and decision support effort in Idaho with the U.S. Department of Interior and U.S. Forest Service. 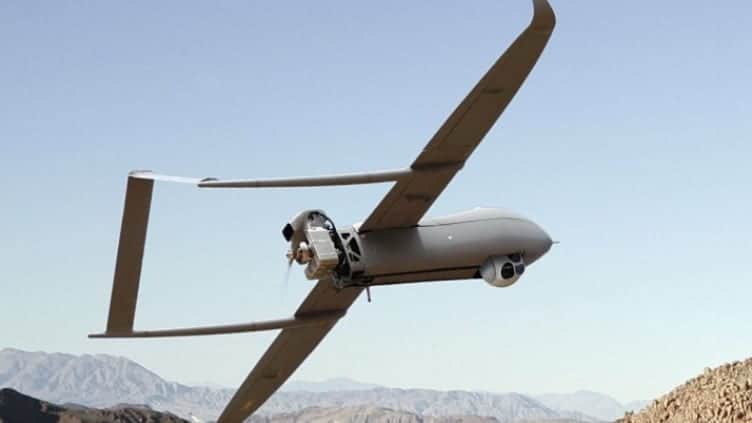 Held in the area of Tepee Springs, where tens of thousands of acres were involved in or threatened by wildfire activity at its peak, Textron Systems operators, utilizing the Aerosonde small unmanned aircraft system (SUAS), worked alongside federal agencies to provide real-time situational awareness and data to support the speed and accuracy of decision making. Information on burn intensity, fuels and heat concentrations were provided in real time.

Aerosonde has amassed more than 100,000 flight hours in commercial and military operations around the world. Among these are scientific and meteorological missions, from the eye of hurricane Noel to Antarctica. The aircraft is outfitted with sensors to give responders real-time data on fire growth, burn intensity, fuels and heat concentrations. Aerosonde is also equipped to carry numerous payloads in a single flight; for example, advanced electro-optic/infrared payloads for day-and-night persistent oversight of the impacted area, as well as communications relay to extend the reach of responders’ equipment.

In addition to the aircraft, Textron Systems also provided Remote Video Terminal products, which delivered imagery and situational awareness from the unmanned aircraft directly and securely to firefighters and personnel on the ground. More than 4,500 Textron Systems Remote Video Terminals are used by customers within the U.S. Department of Defense, and the technology is well suited to civil applications such as emergency response.

Textron Systems was joined in this demonstration by VDOS Global, a service provider for oil and gas inspection, environmental research, aerial surveying and other services to customers in the Arctic, Middle East, Gulf of Mexico and more, under a memorandum of understanding established earlier this year. In addition, FireWhat, a technology company providing innovations for emergency services, delivered custom tools for firefighters to map and track assets in and out of the field.

“Unmanned systems can operate where it may be unsafe or impractical for manned aircraft to fly,” says Vice President, Small/Medium-Endurance UAS David Phillips. “Our Aerosonde aircraft is able to carry numerous sensors in a single flight, providing a variety of critical data points in real time, while personnel remain at a safe standoff distance. Quiet operation and a small equipment footprint also help support these time-critical response missions. It has been an honor for us to assist local and federal officials with this valuable demonstration on an issue that impacts so many of our Western states.”