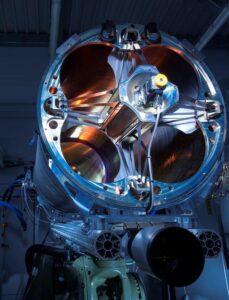 MBDA Deutschland, a manufacturer of missile and defense systems, has announced that it has successfully deployed a laser effector to acquire, track, and defeat a free-flying mini drone. The company claims that this is the first time such technology has been used to this effect. The mini drone was destroyed within seconds of the start of the test, which was carried out at MBDA Deutschland’s testing area in Schrobenhausen. The drone in question manoeuvred in the target area at a range of about 500m with the test proving the laser effector’s capability to combat realistic targets with precision, speed and safety.

Commercial mini drones represent a new type of threat that is nearly impossible to counter with conventional effectors. In France alone, more than 60 overflights by such craft over strategically significant locations have been reported since October 2014. Highly precise and scalable laser weapon systems could protect major events and critical infrastructures and close a current capability gap.

At the heart of MBDA Deutschland’s technological approach is a multi-stage, highly precise tracking procedure and laser effector that bundles numerous laser sources into a single laser beam using the principle of geometric coupling. These processes make it possible to combat small, highly agile targets reliably with a single laser effector.

MBDA Deutschland has proven the functionality of its laser effectors in a range of tests. As far back as 2012, MBDA Deutschland demonstrated the full operational sequence, from target acquisition to target engagement, at distances of up to 2.5 km against a dummy mortar.