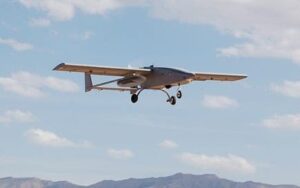 Despite its small size, Redkite can still image a 4-kilometer-wide area all at once and perform all of the image processing on board, within the pod.

“Redkite will be an invaluable tool for law enforcement, firefighters, search and rescue teams and other users,” says John Marion, president of Logos Technologies. “No longer will they have to depend solely on traditional narrow-field video cameras.”

The new WAMI sensor allows users to open and watch more than 10 video streaming windows at once within the monitored area. In addition, they can designate other areas as “watchboxes,” with the sensor providing an alert should it detect activity there.

Redkite requires less than 500 watts to operate, which the company claims makes it the smallest and most power-efficient WAMI sensor in the world.

Redkite was first flight tested on a Eurocopter AS350 helicopter in Denver, Colorado.