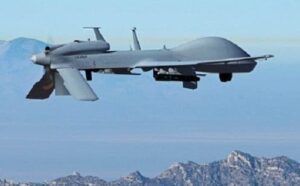 BAE Systems has announced that it has developed an intelligence-gathering sensor for the U.S. Army unmanned aircraft system (UAS) MQ-1C Gray Eagle.

As unmanned aircraft systems (UAS) have taken on more crucial tasks in the military, adapting to such smaller platforms has come with its challenges, one of which has been developing updated hardware to fit within the size, weight, and power (SWaP) constraints of a UAS.

BAE’s new sensor, called the Tactical Signals Intelligence Payload (TSP), gathers intelligence by intercepting signals, known broadly as Signal Intelligence, or SIGINT capability. As part of an indefinite delivery, indefinite quantity contract potentially worth $70 million, BAE received an order for the initial production of 12 TSP systems and engineering support services. These new SIGINT systems will help provide intelligence for the U.S. Army and Special Operations Command, and will be adaptable to other manned and unmanned aerial platforms.

The TSP system’s open, software-defined architecture means that its network of sensors is interoperable and can talk to each other. Additionally, the system’s ability to capture a 360-degree aerial field of view gives the ground commander a comprehensive picture, allowing the commander, sensor operators, and analysts optimal situational awareness so they can make decisions in near real-time. Using the sensor to detect, identify, and geo-locate electronic emitters, the ground team can address any number of targets – all from one system.