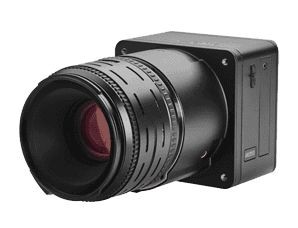 Phase One Industrial, a manufacturer of aerial digital photography equipment and software solutions, has announced the release of the Phase One iXU 180 camera, which it claims is the world’s smallest 80 MP medium format aerial camera.

The Phase One iXU 180 features an 80 MP CCD sensor for a 10,328 pixel cross-track coverage, yet is so small that its body is barely wider than its lens barrel. Weighing in at less than 950 grams, the iXU 180 can be used as a standalone photogrammetric camera, or as part of an array of multiple cameras, either to cover a larger swath or as part of an oblique camera system.

With the increasingly popular high-resolution 3D city models, users require medium format cameras that can be integrated into small oblique systems that can fit inside a gyro mount. Owners of ultralight planes or gyro copters are now able to build an oblique system and insert it into a smaller belly hole with less interaction with the hull of the aircraft, which means an easier path to obtaining a supplemental type certificate (STC).

Dov Kalinski, General Manager of Phase One Industrial said, “Introducing the Phase One iXU 180 demonstrates our commitment to offering flexibility in the aerial photography market. The Phase One iXU 180 is valuable as a standalone camera and also can be used to build powerful arrays for oblique camera systems at a very reasonable price.”

The Phase One iXU 180 utilizes the central leaf shutters built into the wide range of compatible Schneider-Kreuznach lenses (28 mm, 55 mm, 80 mm, 110 mm, 150 mm and 240 mm). The camera is easily integrated into new or existing setups with its USB 3.0 connectivity for storage and control, and direct communication to GPS/IMU systems. Forward motion compensation is also available as an option.