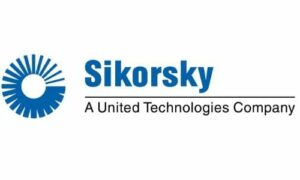 The objective of DARPA’s ALIAS program is to develop and insert new automation into existing aircraft to enable operation with reduced onboard crew. The program seeks to leverage the considerable advances that have been made in aircraft automation systems, including progress made in remotely piloted aircraft, to help reduce pilot workload, augment mission performance, and improve aircraft safety.

Sikorsky’s approach to ALIAS is based on its Matrix Technology™ introduced in 2013 to develop, test and field systems and software that improve significantly the capability, reliability and safety of flight for autonomous, optionally piloted, and piloted vertical take-off and landing (VTOL) aircraft. Matrix™ aims to give rotary and fixed-wing aircraft the high level of system intelligence needed to complete complex missions with minimal human oversight.

Sikorsky Innovations, the rapid prototyping arm of Sikorsky Aircraft, along with its teammates – the United Technologies Research Center, the National Robotics Engineering Center, and Veloxiti, Inc. – plan to demonstrate the value of applying autonomous technology across different aircraft consistent with the ALIAS vision, including the Black Hawk helicopter and other aircraft in the Department of Defense fleet. The Sikorsky team for the Phase 1 effort plans to collaborate with DARPA’s ALIAS team on ground tests using a Black Hawk.

“We are tremendously excited about the potential transition opportunities ALIAS could bring,” said Mark Miller, Vice President of Research & Engineering. “The potential ability to rapidly reconfigure Black Hawk helicopters to enable them to be flown by fewer crew or crew of different skill levels is very exciting. It will be very interesting to apply this technology, and we believe it could be a real game changer for both military and commercial customers.”

In launching its original autonomy program in 2013, Sikorsky outfitted an S-76® commercial helicopter with fly-by-wire controls and the Matrix Technology suite, creating the Sikorsky Autonomy Research Aircraft (SARA) as its flying test lab. SARA is enabling rapid flight testing of software and hardware, including multi-spectral sensors that have been previously integrated in the systems integration labs at Sikorsky’s headquarters. Last year, in collaboration with the U.S. Army, Sikorsky completed the Manned Unmanned Resupply Aerial Lifter (MURAL) program, in which a Black Hawk helicopter was modified for autonomous and remotely supervised control.

“The ALIAS program is another step toward advancing and validating our approach to bring higher levels of automation to flight. Our technical team is extremely excited to work with the talented government and commercial entities that DARPA has assembled on this program. We welcome their participation and look forward to advancing ALIAS with them,” said Igor Cherepinsky, Sikorsky’s Chief Engineer of Autonomy.