University of Exeter to Use UAV to Investigate Amazon Archaeology 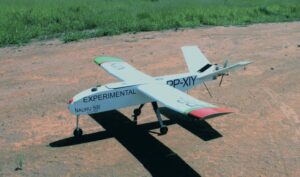 Xmobots’ Nauru UAV will be utilised for the project

The University of Exeter has announced a new international research project that will investigate the Amazon’s sustainable future by studying the way that ancient societies used and transformed the environment. The study is pioneering a remote sensing data device that will be attached to an Unmanned Aerial Vehicle (UAV) to scan beneath the canopy of the forest.

The European Research Council (ERC) project aims to study how the Amazonian land was used during the late pre-Columbian period (the last 3 thousand years leading up to Christopher Columbus’s voyages of 1492). It will focus on the scale and nature of how complex human societies transformed the environment, from the minimal impact of hunters to the influences of more complex societies.

This research sets out to resolve one of the most debated topics in New World archaeology, ethno-history, paleoecology and conservation by looking at the nature and scale of pre-Columbian land use and its modern legacy on Amazonian landscapes. It is known that humans have lived in Amazonia for at least the last 13,000 years and until recently, it had been assumed that people lived in harmony and made little or no impact on the ancient forests. However, recent archaeological studies suggest the presence of sizable, regionally-organised, pre-Columbian societies began to transform the landscape during the Late Holocene (1 A.D – present) at a scale not previously recorded.

Professor José Iriarte is leading an international team that is currently carrying on a comparative study of pre-Columbian land uses in four different regions of Amazonia which represent different types of land-use during the last 3000 years of the pre-Columbian period. Evidence of ancient societies in these areas includes sites in the Lower Amazon that feature the human-made Amazonian Dark Earths – where the land is more fertile than surrounding area due to the composting of food leftovers and human waste through the influence of the community staying in one area.

The research is being shaped through a holistic understanding of the origins of the Amazonian landscape by applying an approach that integrates experts from a wide range of disciplines for the first in this field, including archaeology, ethno-history, archaeo-botany, paleo-ecology, soil science, landscape ecology and remote sensing, including the Light Detection and Ranging remote sensory technology, LIDAR used for high-resolution maps. This methodological breakthrough is the first time that the state-of-the-art LIDAR technology will be used on a UAV to explore the forest’s archaeological features below the canopy of trees in the middle of the Amazon. The premier flight is due to take place in Autumn 2015.

Professor Iriarte explained: “The data gathered through the project has the potential to estimate, for the first time, the spatial scale of past human disturbance across the entire Amazon basin. Our project will resolve the previously overlooked role of humans as important agents of environmental change; from being viewed as the ‘noble savage’ living in harmony with ancient forests creating little or no impact on the landscape to actively shaping Amazonia through agricultural practices. In order to make informed decisions about a sustainable future, it is critical that policy-makers have a sound understanding of the historical role of humans in shaping the Amazonian landscapes and to what extent forests were resilient to historical disturbances.”

Professor Iriarte added: “Understanding the origin and dynamics of the pre-Colombian period’s agricultural practices has broader implications for the sustainable Amazonian futures. The implantation of sustainable forms of agriculture can provide a form of alternative food security to the more vulnerable and poorest rural populations of the Amazon and at the same time become a substitute for clearing tropical forests for slash and burn agriculture. We could learn valuable lessons from understanding what type of land management was used and what crops were planted and raised in the past.”