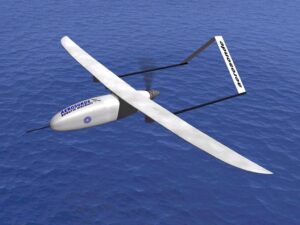 Textron Systems Unmanned Systems has announced that it has received a Certificate of Authorization to start Aerosonde® Small Unmanned Aircraft System (SUAS) operations with the Mid-Atlantic Aviation Partnership (MAAP), at one of six authorized test sites established by the Federal Aviation Administration (FAA) as part of its larger program to integrate unmanned aircraft into the national airspace system (NAS).

MAAP, which is led by Virginia Tech and includes academic, government and industry partners from key organizations across Virginia, Maryland and New Jersey, will support Aerosonde system operations near Blackstone, Virginia, with an emphasis on enabling unmanned aircraft system integration into the NAS. Flights will contribute to proving the agricultural and environmental applications of unmanned systems, while developing safety, operations and training protocols between MAAP, the local airspace authority and Textron Systems to ensure safe, efficient unmanned flight operations.

The Aerosonde system has a long, successful history of performance in some of the world’s harshest environments – from Antarctica to the eye of a hurricane – flying scientific, environmental and military applications. It is being utilized by customers currently to support oil and gas security in the Middle East; and Textron Systems is delivering thousands of worldwide flight hours monthly with the company’s own skilled, experienced operators and maintainers.

“We help companies test their aircraft in compliance with FAA regulations,” said Rose Mooney, executive director of MAAP, which is headquartered in the Institute of Critical Technology and Applied Science at Virginia Tech. “This process of safely integrating unmanned aircraft into the national airspace is going to lead to a thriving new industry in the United States.”

“We have just begun to scratch the surface of what unmanned systems can accomplish for our communities, our economies and our world,” says Vice President, Small/Medium-Endurance UAS David Phillips of Textron Systems. “Textron Systems brings valuable experience gained through nearly a million flight hours across our unmanned platforms. Under this COA, I look forward to working with all of the distinguished organizations participating in the MAAP – from academic institutions such as Virginia Tech and Liberty University, to specialized industry experts like UAV PRO – to accelerate our proven Aerosonde system toward new applications in the NAS.”

The Aerosonde SUAS incorporates the purpose-built Lycoming EL-005 engine for benchmark-setting reliability and performance. Incorporation of a propulsion system designed and manufactured by Lycoming, an FAA-certified and recognized industry leader in manned aircraft engines, also brings the system into the company’s established aviation engine production processes for superior reliability and maturity. With multi-mission flexibility for a wide variety of applications, the Aerosonde system can be equipped with a range of payloads, including advanced electro-optic/infrared payloads for day-and-night intelligence, surveillance and reconnaissance, as well as communications relay and others in a single flight.