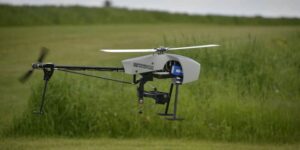 ING Robotic Aviation, a Canadian manufacturer of robotic aircraft, has announced that it has been awarded a $170K Built in Canada Innovation Program (BCIP) contract to provide services with its Responder unmanned aircraft system (UAS) to a Government of Canada department. The BCIP program was initially created by the Government of Canada to help kick-start businesses to get their innovative products and services from the lab to the marketplace. For ING Robotic Aviation, this is exactly what the program is providing.

The Canadian Wildlife Service of Environment Canada is using these Responder services to conduct a series of wildlife and habitat surveys across Canada.

“We are very pleased to be awarded a contract through the Built in Canada Innovation Program,” said Ian Glenn, CEO of ING Robotic Aviation. “And we are particularly happy to be working with Environment Canada on wildlife issues. It’s a long way from our military roots, and really shows how Canadians can turn military knowledge into useful activities that support our natural world.”

The next projects will be:

“We are very pleased to be working with ING Robotic Aviation and their skilled teams on this project,” states Charles Francis, Manager in the Canadian Wildlife Service department at Environment Canada. “The Responder performed remarkably well under a range of challenging conditions.”