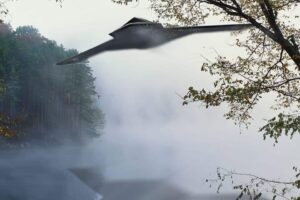 A set of contracts worth £120 million has been awarded for the early phase of a development programme for unmanned combat air systems.

The co-operation contracts between the UK and French governments were agreed in Paris and will underpin the 2-year programme, known as a feasibility phase, for the development of future combat air systems.

The work will involve 6 industry partners exploring concepts and options for the potential collaborative purchase of an unmanned combat air system (UCAS).

A UCAS capability would, by the 2030’s, be able to undertake sustained surveillance, mark targets, gather intelligence, deter adversaries and carry out strikes in hostile territories.

The contracts award was announced by Bernard Gray, the Ministry of Defence’s Chief of Defence Materiel, and his counterpart, Laurent Collet-Billon, head of the French Directorate General of Armaments.

“The development of unmanned combat air systems is of vital importance to the UK and France, which have the most capable and experienced armed forces in Europe and well-established defence industrial bases.”

“By working together and drawing on a common vision we will see military, technological and financial benefit and sustain skills to fulfil our mutual needs and aspirations in the combat air sector.”

The programme will develop and compare 2 national designs and concepts. Those designs will then lead to a joint one which could be used for any potential future UCAS programme.

The joint feasibility phase will involve both countries undertaking work worth around £80 million in total.

The programme follows a statement of intent at the Anglo-French security and defence summit at RAF Brize Norton in January and a programme arrangement at the Farnborough International Air Show in July this year.

Both were signed by the then UK Secretary of State for Defence and his French counterpart, Jean-Yves Le Drian.

The 6 partners involved in the development of the UCAS concepts are BAE Systems, Dassault Aviation, Thales France, Selex ES, Rolls-Royce and Safran.

The contract will run for 24 months and the results of the feasibility phase will then inform any potential follow-on Programme.