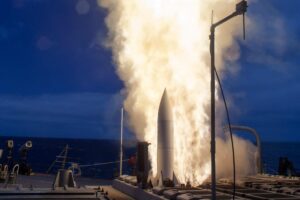 Raytheon has delivered more than 100 SM-6 interceptors to the U.S. Navy. The missile’s final assembly takes place at Raytheon’s state-of-the-art SM-6 and SM-3 all-up-round production facility at Redstone Arsenal in Huntsville, Ala.