reference-technologies News By Caroline Rees / 07 May 2014 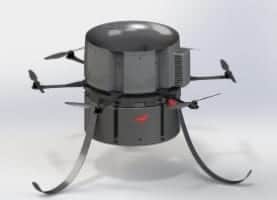 Reference Technologies has announced the release of three models of its Hummingbird® line of vertical take-off and landing (VTOL) Unmanned Aircraft Systems (UAS).

The Hummingbird product line is a first in the VTOL unmanned aircraft systems market with flight times in excess of 5 hours and payloads over 25 pounds. To further enhance the payload and mission flexibility of all three aircraft, each airframe is equipped with multiple hard points which can carry/release mission specific payloads. Direct flight control and preprogrammed flight plans are managed via a variety of ground control interfaces including Intel™, Android™ and iOS™-based devices.

The company will be introducing the Hummingbird products at the 2014 AUVSI Convention in Orlando, Florida from May 13th through the 15th.