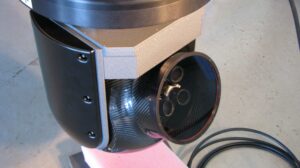 Exelis has introduced a wide area airborne surveillance system called CorvusEye 1500 that can capture color video from multiple views over a large area. The persistent surveillance system was developed primarily to support the needs of law enforcement, border patrol, first responders and military, but could also be used in other areas, such as land management or the protection of wildlife and critical infrastructure. The CorvusEye™ system can track movement that may be connected to potentially hazardous or illicit activity, as well as other trends like migratory or invasive wildlife behavior.

The CorvusEye system includes a color electro-optical sensor that can monitor day or night over 3 kilometers in circumference. It also enables rapid decision-making using an embedded analytical framework developed by Exelis called CogniSense™, which processes data from multiple sensors and provides information to users in real time. CorvusEye and CogniSense are examples of products Exelis offers as part of its strategic focus on intelligence, surveillance, reconnaissance and analytics.

“CorvusEye can capture activity occurring simultaneously in multiple areas that might go unnoticed using traditional surveillance such as full-motion video,” said S. Danny Rajan, director of regional surveillance solutions at Exelis. “CorvusEye affords users a comprehensive view of an entire area, so they can piece together possible threats to border security, high-profile events, critical infrastructure and/or other trends of interest.”

With decades of image science experience, Exelis had also developed a wide area airborne persistent surveillance system for the military’s Gorgon Stare program, which has logged more than 10,000 hours of in-theater operations in the Middle East since its inception. At 24 inches and 400 pounds, the Gorgon Stare sensor can persistently monitor a nearly 16-mile area. However, in order to extend this capability to smaller airframes that may be operated by both military and non-military customers, Exelis developed the CorvusEye system to be only 15 inches and 83 pounds, thereby providing an affordable and very capable option for the domestic and international market.

A single CorvusEye sensor can serve up to 10 different area views simultaneously providing close-up details with streaming footage. The system can also quickly gather critical intelligence in support of investigations using archived footage. As an end-to-end system, CorvusEye can be used on manned and unmanned platforms and offers ground station software for live data streaming to mobile devices.

Exelis will demonstrate CorvusEye by appointment during the Association for Unmanned Vehicle Systems International (AUVSI) May 12 to May 15 in Orlando, Florida. Visit Exelis at AUVSI in booth 1025 at the Orange County Convention Center for more information on this innovative technology.