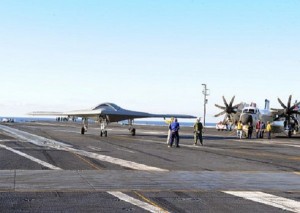 “The PDRs are intended to inform the Navy of technical risk, cost and design maturity of the Air Segment (AS), and allows the industry teams to better understand the program’s requirements across the entire UCLASS system to expeditiously deliver the unmanned carrier-based system to the fleet,” said Charlie Nava, UCLASS program manager.