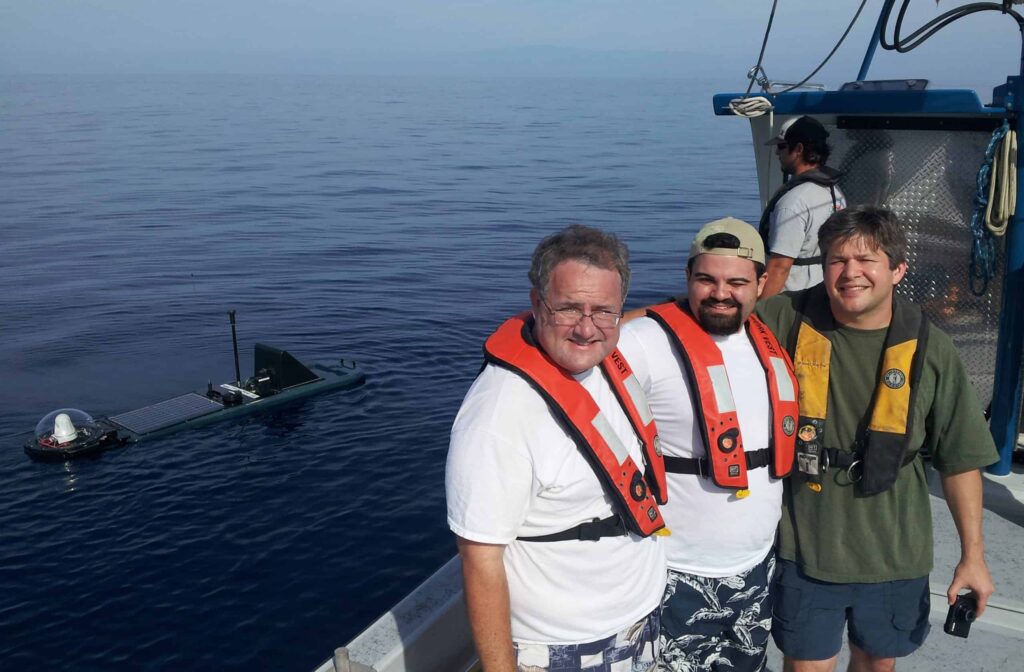 Antenna technology originally developed to quickly send and receive information through a software-defined military radio may soon be used to transmit ocean data from a wave-powered autonomous surface vehicle. The technology, the lowest-power method for maintaining a satellite uplink, automatically compensates for the movement of the antenna as the boat bobs around on the ocean surface.

The Agile Aperture Antenna technology developed by the Georgia Tech Research Institute (GTRI) is expected to provide a more reliable and faster method of transmitting video, audio and environmental data – such as salinity, temperature, fluorescence and dissolved oxygen – from an ocean vehicle to land via satellite. 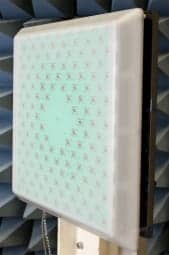 Composite illustration shows the Agile Aperture Antenna as it would be mounted in a radome, with the radome removed to show details of the antenna circuitry pattern.

In December 2012, the antenna was attached to a Wave Glider vehicle and placed into the ocean off the coast of Hawaii. The Wave Glider, an autonomous marine robot developed by California-based Liquid Robotics, Inc., uses only the ocean’s endless supply of wave energy for propulsion. The Wave Glider can collect ocean data for a wide range of applications, including meteorology, oceanography, national security and offshore energy. Solar panels on the vehicle power the antenna, which requires only 0.25 watts of power and can switch up to 1,000 beams per second.

During the demonstration, the antenna maintained a satellite link with a sustained data upload rate of 200 kilobits per second (Kbps) for several hours, despite the Wave Glider rolling and yawing back and forth on the waves. The Agile Aperture Antenna required significantly less power and space to achieve these test results than a gimbaled antenna or a phased array solution.

“Because the antenna autonomously tracked its own position and orientation relative to the satellite and steered itself to stay connected, it maintained a highly directional antenna beam to the satellite as the craft moved around, which enabled data transfers near the maximum expected rate of 240 Kbps,” said Gregory Kiesel, a GTRI senior research engineer. “Antenna integration was also easy because the craft did not need to communicate with the antenna to maintain the connection.”

“The combination of the Wave Glider’s long duration and intelligent autonomy capabilities through GTRI’s new Agile Aperture Antenna provides customers with increased communications precision through the roughest of seas,” said Richard “Scoop” Jackson, director of federal business development with Liquid Robotics. “The availability of the GTRI Agile Aperture Antenna on the Wave Glider SV Series comes at a perfect time when deployment of autonomous surface vehicles for maritime security is rapidly increasing due to the cost and capability advantages.” 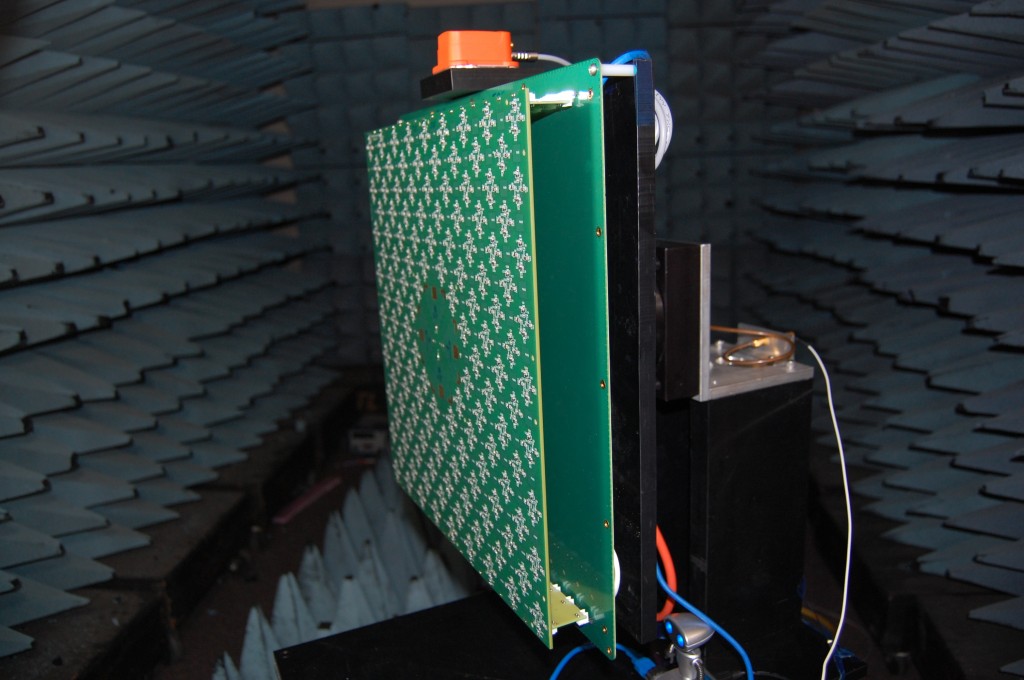 The antenna’s performance can be optimized because it is reconfigurable, which means the electrical structure of the antenna can be easily changed – even while in operation in the field. The antenna consists of a thin dielectric substrate that supports an array of square, metallic patches that can be switched on or off as needed to provide the proper configuration. The researchers measure the antenna patterns to determine which switches should be open and which should be closed to optimize the antenna performance.

“Our biggest challenge with this project has been to quickly control the switches on the antenna in a low-power fashion without impacting antenna performance,” said Kiesel.

While the antenna remained in a fixed position for the recent demonstration, for future tests the researchers may add a low-power mechanical system to slowly raise the antenna to an operational angle and then stow it to a position flush with the surface of the Wave Glider when the antenna isn’t needed. This technology would make it harder to visually detect the Wave Glider.

“We anticipate that our agile aperture antenna technology will begin wide deployment on unmanned surface vehicles in the next year and on unmanned air vehicles within two years given its advantages of being low power and lightweight,” noted Maloney.