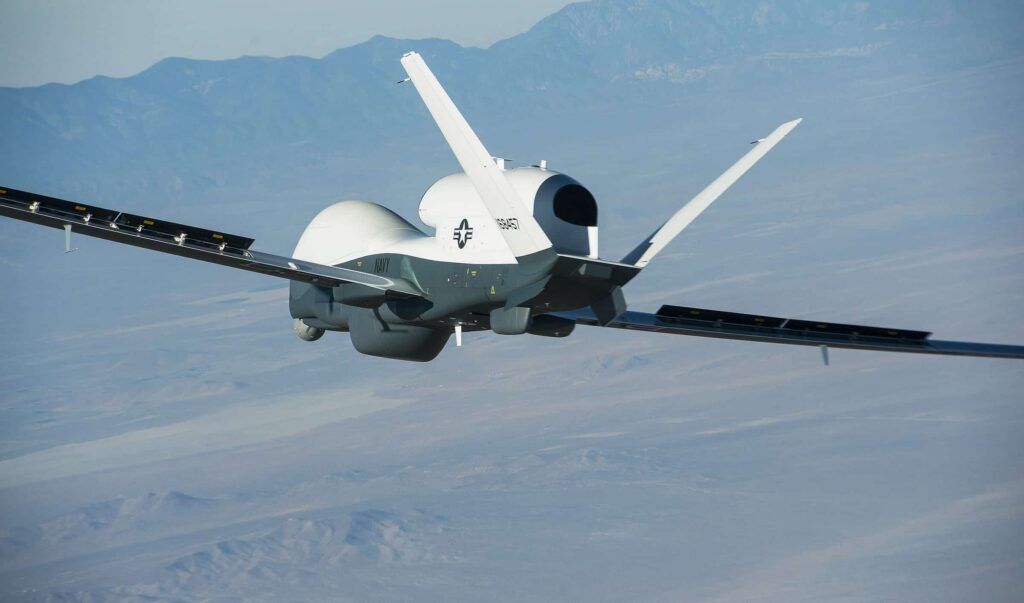 Triton is specially designed to fly surveillance missions up to 24 hours at altitudes of more than 10 miles – allowing coverage out to 2,000 nautical miles. The advanced suite of sensors can detect and automatically classify different types of ships.

A Navy and Northrop Grumman flight test team conducted about a 1.5-hour flight that started at 7:10 a.m. from Palmdale.

“Triton is the most advanced intelligence, surveillance and reconnaissance [ISR] unmanned aircraft system ever designed for use across vast ocean areas and coastal regions,” said Mike Mackey , Northrop Grumman Triton UAS deputy program director. “Through a cooperative effort with the Navy and our industry partners, we successfully demonstrated the flight control systems that allow Triton to operate autonomously. We couldn’t be prouder of the entire team for this achievement.”

Additional flight tests will take place from Palmdale to mature the system before being flown to the main flight test facility at Naval Air Station Patuxent River, Md., later this year.

In 2008, Northrop Grumman was awarded a systems development and demonstration contract to build two aircraft and test them in preparation for operational missions.

The Navy’s program of record calls for 68 Tritons to be built.

Video of Triton’s first flight can be viewed below: