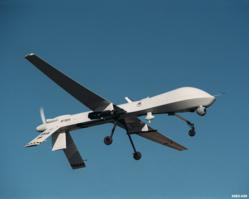 The natures of combat, warfare and espionage have quickly evolved in the information age. As the United States has expanded its use of unmanned aerial vehicles, more often called drones, to carry out its War on Terror, the governments of other countries have vied to acquire this relatively new technology for their own purposes.

Some commentators have speculated that drones could become tools of domestic law enforcement agencies. Earlier today, the media reported that hackers based in China had recently accessed the blueprints of multiple American military assets, and the U.S. military has said that China has used espionage to modernize its military. The American military has shared its drone technology with only a select few countries, but some private companies have developed their own models of these flying vehicles. The In View series will look at efforts to secure computer networks and protect sensitive information in newly-announced reports, as well as possible commercial and law enforcement uses of unmanned aerial vehicles.

The In View series hosted by Larry King reaches television audiences across the United States, with distribution on major cable networks and cable channels across the country, informing viewers about many subjects. In View hosted by Larry King will explore the present use of drones and show viewers how they have changed the way countries fight and engage in warfare and data collection.

The In View TV series will review how this technology could have applications stateside. If other countries and groups, especially unfriendly groups and nations, acquire this technology, how will it affect America’s use of drones? The In View show will look into the possibilities.