aurora-flight-sciences News By Caroline Rees / 08 May 2013 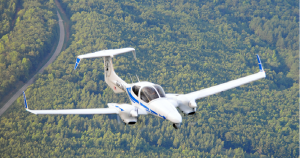 Aurora Flight Sciences‘ Centaur Optionally Piloted Aircraft was awarded the “Big 25 Award” from C4ISR Journal on April 26 during the annual C4ISR Journal Conference. Centaur was selected under the “Innovations” category due to its unique design that permits both manned and unmanned flight with the same aircraft.

“The C4ISR Journal’s selection of Centaur for its innovation award recognizes Aurora’s leadership in the field of Optionally Piloted Aircraft,” said Tom Clancy, Chief Technology Officer and Vice President of Unmanned Aircraft Systems. “Aurora is committed to the development of innovative aerospace vehicles as we have demonstrated through over two decades of experience.”

According to the C4ISR Journal, “Centaur will give customers, starting with the Swiss Department of Defence (armasuisse), the ability to convert a reconnaissance plane from piloted to unpiloted mode in four hours. For U.S. customers, this could solve a drawback of unmanned aircraft, which is that the Federal Aviation Administration tightly controls where and when they can be flown. The shift to unmanned mode is made by installing a package of wiring and computers in the right side of the cockpit. Centaur can fly for 12 hours in its manned mode and 24 hours unmanned. It can carry 200 pounds of payload, with options including an EO/IR video camera, synthetic aperture radar, signals intelligence antenna, communications relay, marine search radar, lidar or hyperspectral imager.”