autonomous-solutions-inc News By Caroline Rees / 14 May 2013 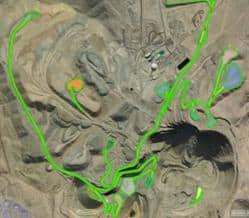 Mobius™ Command & Control Software is ASI’s flagship navigation software for autonomous vehicles and is responsible for a variety of functions, including: vehicle pathway planning, controlling speed and direction of vehicles, and facilitating the cooperation of all vehicles in an entire autonomous system.

Version 6.0 marks the first major version release of Mobius in 2013 and the first release since ASI switched to an AGILE software development model. “This new version of Mobius represents a lot of work under-the-hood,” said Paul Lewis, Director of Software Development at ASI. “With the exception of a few enhancements, the majority of Mobius users won’t experience much change from how they normally do things. But from a coding perspective, it’s much simpler.”

One of the major tasks undertaken by ASI’s software development team was to unify the code into a single common architecture. “We were developing to four separate architectures that were customized to separate markets,” said Lewis. “While that method has its benefits, we realized that unification was the best option for the enhancements we have coming up in the near future. We combined the best practices from the four code bases and now have a streamlined architecture that will allow us to make changes much more rapidly. This will definitely increase our ability to add customer value quickly.”

A full list of Mobius v6.0 updates and enhancements is available upon request.