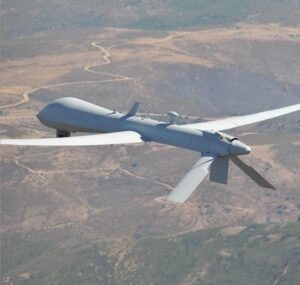 General Atomics Aeronautical Systems, Inc. (GA‑ASI) has announced that it will have a significant presence at the upcoming IDEX show in Abu Dhabi, including a full-scale mock-up of its new RPA, Predator XP.

“With significant interest from the UAE and other countries in Predator XP’s long-endurance and wide-area surveillance capabilities, IDEX presents the ideal venue for the debut of our Predator XP full-scale model,” said Frank W. Pace, president, Aircraft Systems Group, GA-ASI.

At IDEX 2011, GA-ASI announced a working relationship with International Golden Group (IGG), a leading supplier of integrated defense systems in the Middle East, to offer Predator XP to meet the surveillance needs of the UAE Government. Discussions between the three parties are continuing. In addition, GA-ASI is also in conversation with the Abu Dhabi-based Tawazun Economic Council and other local companies on developing a Joint Venture (JV) for long-term service and support of Predator XP in the UAE.

An updated version of GA-ASI’s flagship Predator, Predator XP offers improved Intelligence, Surveillance, and Reconnaissance (ISR) capabilities and has been licensed by the U.S. Government to be proposed for sale to a broader customer base, including countries in the Middle East and North Africa. Predator XP exhibits the same physical dimensions, altitude, speed, and long endurance (up to 35 hours) as the proven “RQ-1” Predator A aircraft.