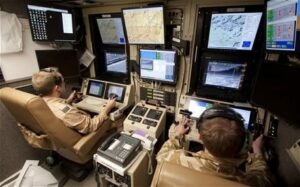 The Royal Air Force has created a new class of pilots who will remain earthbound and control unmanned aircraft many miles away, the Telegraph has reported.

Air Chief Marshal Sir Stephen Dalton, the Chief of the Air Staff, has announced that the RAF is creating a new class of pilots within its Flying Branch for personnel who control unmanned aerial vehicles (UAVs).

The new class of personnel will be known as Remotely Piloted Air System Pilots and will have their own badge, bearing the same wings that are given to pilots of conventional aircraft.

The creation of the new officer class reflects the growing importance of unmanned aircraft to the RAF.

British UAVs controlled from bases in the UK and US are already in regular use in Afghanistan and other trouble-spots around the world.

Used for both surveillance and offensive operations, UAVs like the Reaper – armed with 500lb bombs and Hellfire missiles have drawn political controversy.

Critics say the UAVs too often cause civilian deaths. Those charges are rejected by RAF chiefs, who say UAVs represent the future of aerial operations for the Armed Forces.

Sir Stephen, a former Tornado pilot, said that the UAVs’ ability to spend hours over a target, their complex sensors and “the lethal precision of their weapons” mean they will increasingly be seen as “a cost effective way to conduct warfare”.
The UAV pilots will still have to gain basic qualifications flying conventional aircraft, but the bulk of their careers will then be spent on the ground.

The image of pilots flying lethally dangerous aircraft into warzones from the relative comfort and safety of a desk is far-removed from the traditional notion of the dashing flyboys celebrated as “the Few” during the Second World War.
But Sir Stephen made clear that those who fly their aircraft from a control room instead of cockpit will be cut from the same cloth as their conventional comrades.

“As for all other Royal Air Force aircraft capable of employing lethal force, our RPAS pilots will only be drawn from commissioned officers who we deem to be best placed to deal with the complex and often ambiguous battlespace,” he told the Royal United Services Institute.

“These officers will have an innate understanding for the Rules of Engagement complexities, which my pilots and captains of their aircraft face today, and are likely to face in the future, as well as the leadership and moral integrity required in tight and rapidly changing operations.”

The RAF is making significant cuts following the Coalition’s defence review, and some officers fear more cuts could follow after 2015.

Sir Stephen used his lecture to warn politicians that failing to spend enough on the next generation of air power could put Britain’s security at risk.

“There is always a temptation to under invest in these vital ingredients between crises,” he said. “Our adversaries cannot be relied upon to follow this trend.”