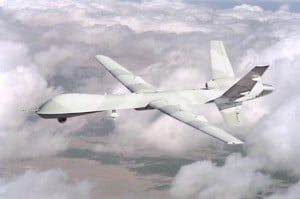 The U.S. Navy plans to release a draft solicitation for a new kind of sea-based aircraft in December. Called the Unmanned Carrier Launched Surveillance & Strike (UCLASS) aircraft, it will be able to carry a suite of sensors and weapons 2,000 nautical miles or more from the carrier that hosts it without refueling. That is about four times farther than manned fighters on carrier decks today can fly without refueling, and thus would greatly expand the reach of sea-based aviation. The idea is to produce a class of reconnaissance and strike drones not dependent on land bases — drones so stealthy that they can penetrate air space considered too dangerous for most manned aircraft.

It’s easy to see the appeal of such a system. Unmanned aircraft such as Predator and Global Hawk have proven extremely well-suited to the task of defeating elusive enemies in Southwest Asia, but with the U.S. gradually reducing its presence in the region the joint force needs long-endurance drones that aren’t dependent on local countries for basing. A sea-based alternative capable of collecting imagery and signals intelligence that can then be used to target enemies with onboard weapons is the obvious solution, and UCLASS would meet that need. The Navy plans to award a contract in the summer of 2014 that will produce a deployable aircraft by the end of the decade.

That is a fairly aggressive schedule, given all the tradeoffs that will be required. Aside from the basic mission requirements, the drone will need to meld readily with existing carrier operations, delivering new capabilities that do not interfere with current ones. Staying aloft for 14 hours without requiring support from sea-based refuelers not only will expand the carrier wing’s reach, but also minimize the demands that the drone makes on carrier-deck assets and crews. None of the long-endurance drones in use today are capable of operating from carriers given the structural and other stresses involved, and engineers say some popular configurations such as the so-called “flying wing” probably can’t carry all the fuel required for 14 hours in the air without getting too big to fit on the deck.

Of course, that depends on how big the payload is that the drone will have to carry. Current thinking is that most of the payload will consist of a modular, open-architecture suite of sensors for collecting reconnaissance from across the electromagnetic spectrum, plus precision munitions capable of exploiting processed information to target enemies with pinpoint accuracy. The drone will also need a communications package for sharing what its sensors have observed with the rest of the carrier battle group, and other interested parties; that presumably means a satellite uplink, and some onboard processing capability to limit the amount of data that must be transmitted via scarce bandwidth. Trading off all these requirements to produce a survivable, affordable system will be a big challenge, but if the program works out it will significantly enhance the value of sea-based aviation for future warfighters. egime.”