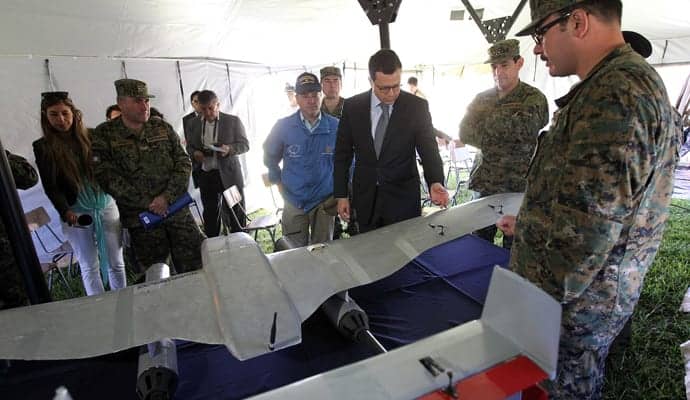 Chilean’s National Defense Minister, Rodrigo Hinzpeter, visited a Naval Base to witness the first test flight of the “Lascar” unmanned aircraft system which has been developed by the Chilean Army.

The prototype has been developed by the Army in collaboration with the University of Concepción and private enterprise. Primarily designed to monitor water supplies, natural disasters and to aid rescue operations, the UAV will also be used to complete a fisheries survey.

“It gives us a lot of pride and satisfaction to all see how the Army, our Army of Chile, in conjunction with the University of Concepción, a magnificent and traditional institution of this region and the private sector come together to develop an unmanned aircraft that will allow us so much in a country with so many challenges in terms of natural disasters, “said Minister Rodrigo Hinzpeter.

The defense minister added that the joint development of this prototype shows that Chile is a country of “intelligence, with capacity for innovation”.