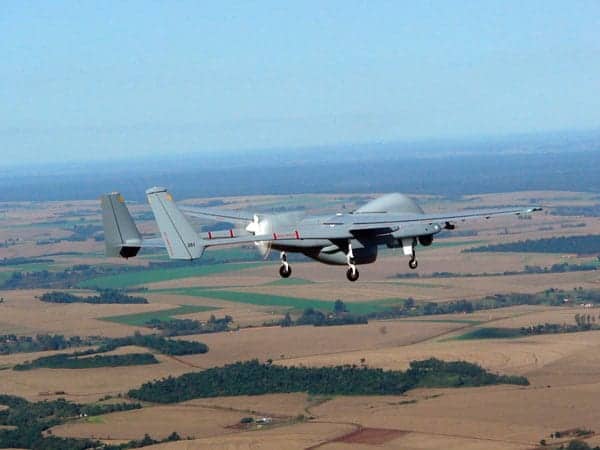 The system successfully demonstrated its advanced abilities for long range missions using Satellite communication for control and activation. The UAS was carrying a Synthetic Aperture Radar (SAR), Electro Optical payload for day and night use, and a communication intelligence system. The Heron reliably performed various day and night flights during several days of activity, at ranges extending over 500 km and at altitudes of more than 25,000 ft. The system successfully demonstrated its performance under the extreme weather conditions which are typical to the Andes, including strong winds, very heavy cloudiness and icing conditions.

This latest demonstration proves Heron’s advanced capabilities and its compatibility with challenging conditions in various areas around the world. In South America, Heron is operational in several countries, including Ecuador, where it has been operating in its maritime configuration for over two years, to the satisfaction of the local Navy. Heron is also operational in the Himalayas, where it operates routinely under extreme weather conditions, takes off and lands on runways located in height of 11,000 ft, and reaches heights of over 30,000 ft.

Heron has been operated successfully in Afghanistan by several Western NATO members, including Germany, Australia, France and Canada. The system has proven its capabilities in a wide range of missions, and has proven itself as an invaluable asset to the fighting forces.

Heron is a Medium Altitude Long Endurance (MALE) multi-mission UAS, and it has been the world’s leading UAS in its class for more than a decade. With hundreds of thousands of accumulated operational flight hours and unprecedented proven experience, Heron has been operational in the Israel Air Force (IAF) and with over 20 additional customers worldwide. Heron has proven its reliability, safety and unique operational availability in a variety of missions in maritime, ground and aerial arenas.

After Heron set the standard for MALE UAS around the world ten years ago, IAI will continue to raise the bar for the next decade by further improving the Heron platform and system. The New Generation (NG) Heron is based on the vast knowledge and experience accumulated at IAI in over four decades of the areas of planning, developing, manufacturing and operating UAS, in which IAI’s UASs have accumulated over 1,000,000 flight hours in use by more than 50 customers worldwide.

Heron NG is a leading and innovative multi-mission UAS, adaptable to the evolving battlefield. Based on strong foundations of operational experience, the upgraded system combines visionary technology which will lead worldwide MALE UAS standards for the next decade.