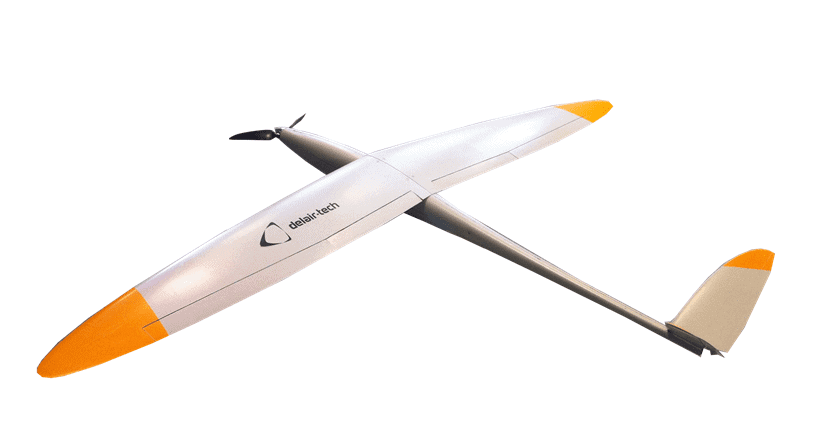 During the UAV Show Europe, held on 26th and 27th September 2012 in Bordeaux, the DGAC awarded DelairTech, the first authorisation ever issued to a UAV company in France, for a civil drone to fly over 100km in French airspace. Delair-Tech is based in Toulouse and specialises in the design and manufacturing of long endurance mini-drones.

Bastien Mancini, COO, explained that, “The DT-18 aircraft, which weighs less than 2kg is able to carry out missions of 100km in France. This is a major step for our company; now all operators can use the DT-18, as they do with their aeroplanes or helicopters. This is all thanks to the remarkable work of the DGAC, who have strived very hard to publish and implement the regulation of 11th April 2012. This text is a world first. It defines the regulatory framework to allow the French drone industry to begin its development, a step ahead of other countries, in a key and growing market.”

“Receiving this certification after several years of Research and Development has confirmed Delair-Tech’s company strategy to fully master all the technology lines, from the design of the autopilot to the manufacturing of composite structures, to the aerodynamic design and the development of on-board systems. We have developed nearly all the technology and systems in-house” explains Michaël de Lagarde, the Company’s CEO. “This has allowed us to adapt quickly to the safety and security requirements.”

“We feel very honoured to have received this certification during the UAV Show Europe in Aquitaine. For several years now, this region has played a key role for the development of the UAV industry in France. The cooperation with the Midi-Pyrénées region through Aerospace Valley is key for us” explains Benjamin Benharrosh, Director of Business Development.

“Delair-Tech can now propose complimentary products for existing solutions (aeroplanes, helicopters, satellites) for the various users of earth observation services: oil companies to survey their pipelines, the agricultural sector for the surveillance of crops and large farmland areas, and so on.”

Delair-Tech drones have an endurance of 100km, a first for this aircraft size. They can be used to map large areas, take aerial video in real time or via Infra-red and also perform long distance remote data collection.