Boeing and KAL-ASD Agree to Broaden Relationship to Include UAVs 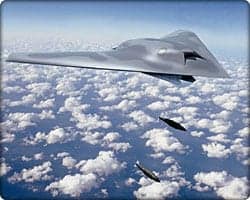 Boeing and Korean Air Aerospace Division (KAL-ASD) will broaden their cooperative relationship to include rotorcraft, fixed-wing aircraft, unmanned aerial vehicles, and military aircraft maintenance and support through a memorandum of understanding (MOU) signed on Oct. 4.

The two companies have a longstanding relationship. KAL-ASD is a supplier for many of Boeing’s innovative commercial airplane programs, including the 787 Dreamliner and 747-8. This MOU expands their defense collaboration in the Republic of Korea and other military aircraft markets worldwide.

Boeing’s history of cooperation with the Republic of Korea spans a half century. The company employs nearly 190 highly skilled workers in Seoul, Busan, Gimpo, Sacheon, Seosan and Daegu. Today, Boeing works with nearly 20 Korean companies and spent more than $250 million with them in 2011, maintaining Korea’s position in the top quartile of nations with which Boeing does business.