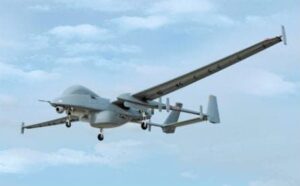 Israel Aerospace Industries (IAI) is offering an upgraded version of its best-selling unmanned air system (UAS), with the Heron NG to carry an enhanced multi-sensor payload.

Representing the fourth “spiral” development of the Heron, the NG has been designed to more effectively meet the operational requirements of IAI’s customers.

Sources suggest the new multi-sensor payload will enable the UAS to perform its missions over any terrain, including forests, jungles or swamps, at sea or above urban areas. Imagery and other data acquired will be relayed using a satellite communications system provided by IAI’s Elta Systems subsidiary.

The modification will provide for increased flexibility in flight profile, particularly in mountainous terrain and during long-range maritime patrols, as the aircraft will be able to descend below the data link’s line of sight without interrupting transmissions.

It could also enable users to extend the air vehicle’s operational range, with sources assessing the Heron NG could be flown up to 810nm (1,500km) from its operating base.

Other enhancements include the availability of an improved automatic take-off and landing system using both laser and differential GPS reference systems.