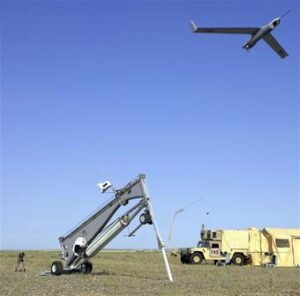 Tests were carried out on Insitu's ScanEagle UAV

TCCR allows small groups of forces to transmit and receive encrypted and unencrypted voice and data over long distances and hard-to-reach terrains.

“The upgraded TCCR is a terrific example of Boeing bringing together complementary technologies and skills — in this case, our protected radio communications and unmanned aerial vehicle expertise — from across the company to enhance the capabilities of existing products and better address our customers’ needs,” said Dick Paquette, Payloads and Sensors manager for Boeing Electronic & Mission Systems.

Like the heavier version it replaces, the lighter TCCR system extends the range of line-of-sight military handheld radios from under 10 to more than 150 nautical miles. The new TCCR has been tested on several UAVs, including the Schiebel CAMCOPTER S-100 offered by Boeing, and is small enough to fit into a slot of about 5 by 5 by 1 inch in the ScanEagle’s payload bay.

Boeing later this month plans to demonstrate a TCCR variant that is compatible with commercial radios and could support emergency response or other commercial applications.